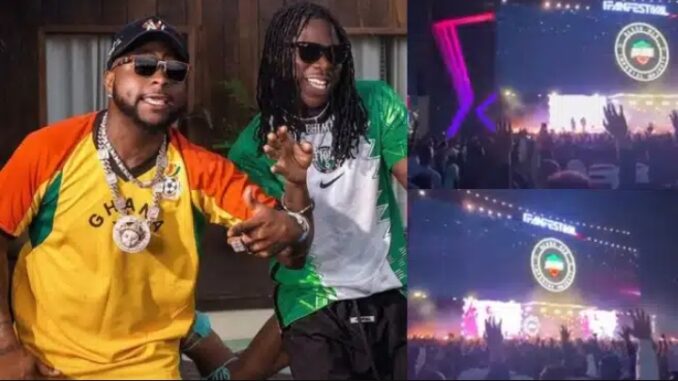 This comes after the duo were spotted in the Arab country having a good time ahead of the live performance over the weekend.

During the Qatar fan festival, Stonebwoy dedicated a moment of prayer for Davido while recalling the loss of his son, Ifeanyi Adeleke.

He further stated that fans should extend the same prayers to any of their loved ones whom they’ve lost untimely.

Both Davido and Stone Bwoy is billed to perform on Sunday at the FIFA World Cup closing ceremony.