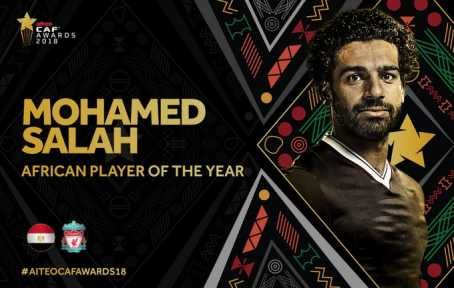 Liverpool forward Mohamed Salah has won the 2018 African Player Of The Year 2018 Award, for the second time in a row.

Salah has won the award ahead of Arsenal rival Pierre-Emerick Aubameyang and Liverpool team-mate Sadio Mane, claiming the prestigious award at Tuesday’s ceremony in Dakar.

Last season, he finished with 44 goals across all competitions and won the Premier League Golden Boot Award.

MySportDab report He also featured for Egypt at the 2018 World Cup in Russia, scoring twice in two appearances.