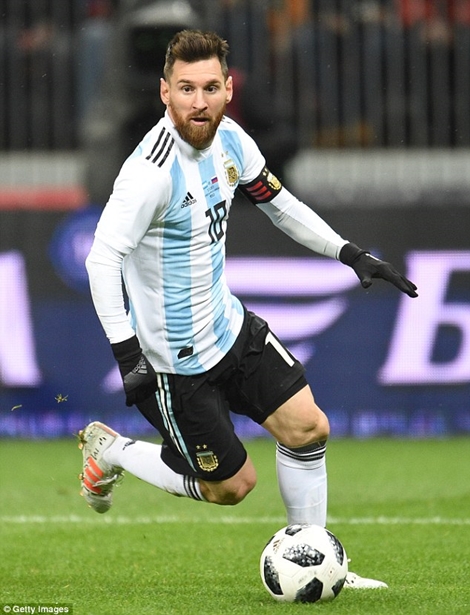 Lionel Messi
While speaking exclusively to La Cornisa, Barcelona star, Lionel Messi, hinted he will ‘give up’ on the national team if Argentina don’t win this summer’s World Cup in Russia.
According to Dailymail Sports, the 30-year-old who has won everything in the club football except a major international trophy said, ‘We feel that, if we won’t win the World Cup in Russia, the only way will be to give up the national team,’ Messi said.
Recall that Messi’s Argentina team suffered heartache in the 2014 final when they were defeated 1-0 by Germany in extra-time, while Messi has also been a Copa America runner-up three times.
Speaking on winning the world cup he said; ‘I dream of winning the trophy in Russia. My wish is to live something similar to Brazil 2014. You can do everything OK and fail, like Argentina in Brazil.’
Argentina will once again pin their hopes on Messi during the tournament, where they have been drawn with Iceland, Croatia and Nigeria in Group D.
Messi has scored 61 goals in 123 matches for the national team but senior international honours have so far escaped him.
--Advertisements--