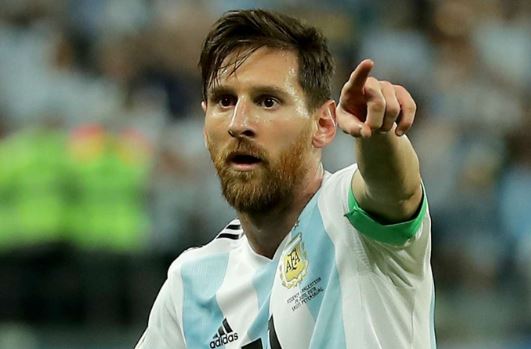 Lionel Messi
Lionel Messi is set to make his Argentina comeback in the upcoming international friendly against Venezuela on March 22 after almost nine months away from the national team, Goal can reveal.
The 31-year-old has not represented his country since Argentina’s 4-3 loss at the hands of France in the round of 16 of the 2018 World Cup, focusing on his club duties with Barcelona so far in 2018-19.
There were doubts initially over whether he would retire from international duty altogether, but it soon emerged that the forward would likely wear the Albiceleste jersey again at some stage in 2019.
"I do not talk very often with Messi, but we have a relationship," national team coach Lionel Scaloni said in December.
"We are going to try for him to join us in 2019, we have pending talks and we are optimistic that it will be positive.
“For us it is something important. Any coach would like to coach him, myself more than any."
Messi has yet to officially confirm when he will take to the pitch for Argentina again, but Goal can now reveal he is due to make his comeback in the next international break in March.
And with the Albiceleste’s friendly against Venezuela taking place at Atletico Madrid’s Wanda Metropolitano, Messi will not have to travel far to once again represent his country.
The prolific attacker has made 128 appearances for the national team since making his official debut in August 2005 and sits third in the list of most-capped players for Argentina, with only Javier Mascherano (147) and Javier Zanetti (143) representing their country more often.
He leads his nation’s goalscoring charts with 65 strikes, 11 clear of second-placed Gabriel Batistuta, with Manchester City ace Sergio Aguero sitting third on 39 goals.
Messi has yet to win major international honours at senior level, having had to settle for the runner-up position at the 2014 World Cup and the 2007, 2015 and 2016 Copa America editions.
He will be looking to finally add a major trophy at international level to his CV at this year’s Copa America in Brazil, with the tournament due to kick off on June 14 and the final scheduled for July 7 in Rio de Janeiro.
Meanwhile, the aforementioned Aguero and Angel Di Maria will return to the Argentina squad as well for the first time since the World Cup.