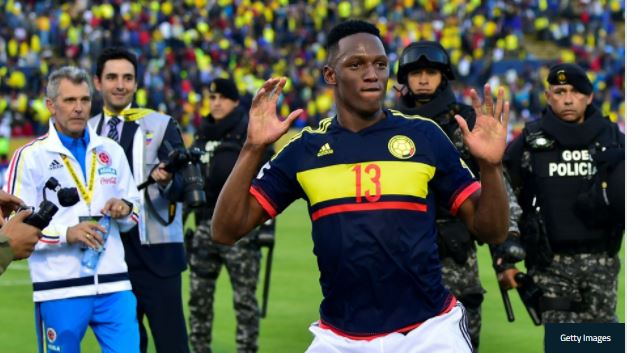 Yerry Mina
In seeking Javier Mascherano’s successor at the Camp Nou, Barcelona have opted for his antithesis.
Yerry Mina is as different to the midfielder-turned defender as day is to night, but the Catalans believe he has the talent to bolster their backline for years to come.
Mina has finally arrived from Brazilian giants Palmeiras in a deal worth €11.8 million.  The transfer, which was expected to be a formality when the clubs agreed a first option back in 2017, suffered interminable delays due to the Verdao’s insistence on getting their money’s worth for a man who is the cornerstone of their defence.
But the impasse has finally been overcome, leaving Barca fans keen to find out just what the latest name to join Ernesto Valverde’s new-look side can bring to the table.
If they were expecting a man cut from the same mould as Masche, they should think again. Taciturn, quick-tempered and a fan of the rambling ballads of Joaquin Sabina, the little general is replaced by a man who stretches the bounds of the word exuberant, and who in every club he has thus far represented has cut a flamboyant figure – especially when he dances, which is almost constantly. 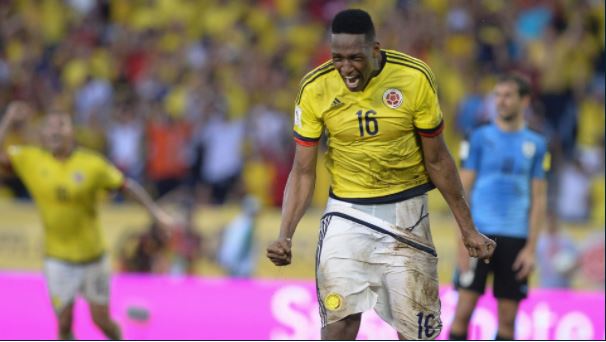 Even when tempers boil over in a dressing room scuffle, as with Palmeiras’ recent clash with Penarol, Mina still found time to bust a few moves for the cameras.
But that clownish personality is just one side of arguably the most talented defenders to come out of South America in recent years. At just 23, Mina comes to Camp Nou with a bulging resume.
The Colombia international helped Santa Fe lift the Copa Sudamericana in 2015, a feat that earned him a move to Palmeiras the following year. There, playing alongside veteran wing-back Ze Roberto and a teenage striking sensation by the name of Gabriel Jesus, he formed a key part of the side that marched to Serie A glory in his debut season.
Standing a towering 6’5” (1.96m), it is logically in the air that Mina most stands out. The centre-back is near unbeatable with his head, and not just in his own half.
With 22 strikes in 196 professional club games he averages more than a goal every 10 outings; a fantastic return for his position, and a boon for Barca, whose attacking Achilles heel lies precisely at dead-ball situations.
Those long legs, however, are not just useful as a springboard. Mina covers an inordinate amount of turf, picking out passes with ease as a proactive defender, and is extremely difficult to pass when marking closely. His distribution will be the aspect under most scrutiny as he completes his Blaugrana move, with plenty of room for improvement in an area which is crucial to the club’s strategy.
Mina errs towards the functional rather than fluid with the ball at his feet, although he certainly does not lack the self-confidence to embark on the odd heart-wrenching run in his own half.
He will have to adapt quickly from the rather sedate pace of Brazil top division and adapt to a far more furious style of football in Spain, where forwards will be breathing down his neck every time he receives the ball – which he will, regularly.
What is clear is that this move means everything to the youngster.
“Everything is moving so fast, but I feel very happy with everything that is happening,” he explained back in June, when the first option was signed.
“I am delighted and very excited because, as they say, Barca are more than a club. Every day I get up and I think ‘I am doing things right because Barca are interested in me.’”
Now, the biggest six months of the defender’s career await. Mina will have the chance to prove himself as a top prospect, initially behind Gerard Pique and Samuel Umtiti as extra cover off the bench.
If all goes well, though, he will travel to Russia to represent his nation in his World Cup bow, having impressed greatly since making his international debut in 2016.
It is a huge challenge. But one thing is for certain: Mina has the talent and the confidence to meet it head on, and more likely than not, dancing a merry jig while he does so.
Watch a Video of Yerry dancing below: