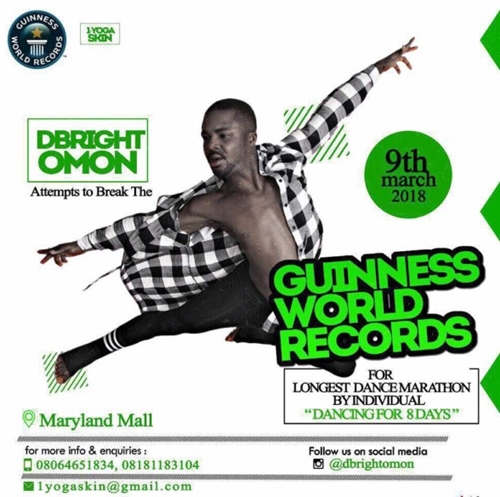 A Nigerian man identified as Michael Bright Ifeanyi, a.k.a Bright Omon, is attempting to break the Guinness World Record for the Longest Dance Marathon by an Individual.
The man will dance for 8 days, following in the footsteps of Pinki Debbie who danced for 7 days to break the world record.
Omon began dancing on March 9, and will go on until March 17, 2018.
He can be found dancing at the Maryland Mall, and has already been visited by Kaffy, #BBNaija’s Bisola Aiyeola, Josh2Funny, and Woli Arole.