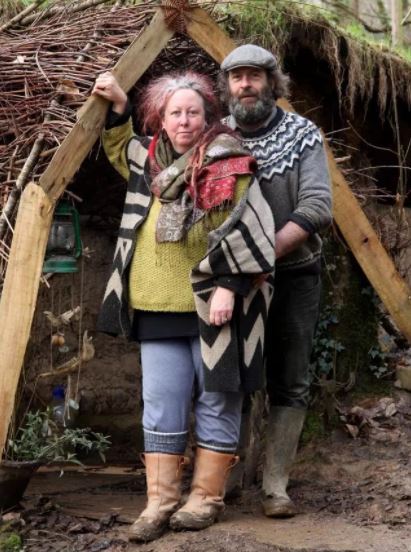 The couple
This is the a couple who set up a Hobbit-style mud hut inside the bush because they got tired of living the midern life.
However, acording to The Sun UK, the couple have said they are quitting the UK after claiming the council bullied them.
Kate and Alan Burrows built the hut using a mix of trees, mud and straw in Tarka Valley, near Chulmleigh, Devon.
They made the unusual move after declaring they were "allergic to modern life".
North Devon Council issued the pair with an eviction order, which the couple fought against but lost the latest appeal.
They have lived on the smallholding since 2015 but since losing the appeal say they are moving to Ireland. 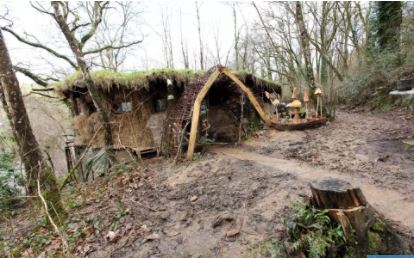 The couple built his home in the bush
There, they say, "farming and low-impact living is embraced".
The couple said: "It is with sadness that we announce that North Devon nimby council have bullied us into removing our home and prevented us from running an agricultural business on our own agricultural land."
Mrs Burrows appealed against an enforcement order, citing illness from a condition called Multiple Chemical Sensitivity (MCS) and that living in the mud house eased their "flu-like" symptoms, but this was rejected.
The pair had businesses selling willow baskets and other goods, as well as supplying young saplings for river bank reinforcement.
Their home has an outside compost toilet, kitchen, living area and two bedrooms. 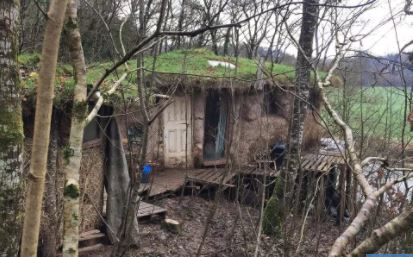 It is topped with tonnes of turf and the walls are lined with lime mortar. Alongside one wall is a bath supplied with tune water from a makeshift boiler.
A hand pump brings water from the river for washing, solar panels on the roof provide power and the couple keep chickens, goats and geese.
The couple entered a retrospective planning application for their home, which was refused by the council in February 2016.
Reacting to the couple’s announcement on Facebook, Sparkle Smith commented: "So sorry to hear your news, I hope you flourish in Ireland.
"I look forward to hearing about all your new adventures I shall miss imagining you living in the heart of the Devon countryside."
Jo Griffiths said: "Really sad you are going. Wishing you a happy and healthy future in Ireland."
North Devon Council said it was "supportive of sustainable development" but it "does not mean allowing people to develop wherever they wish".
--Advertisements--