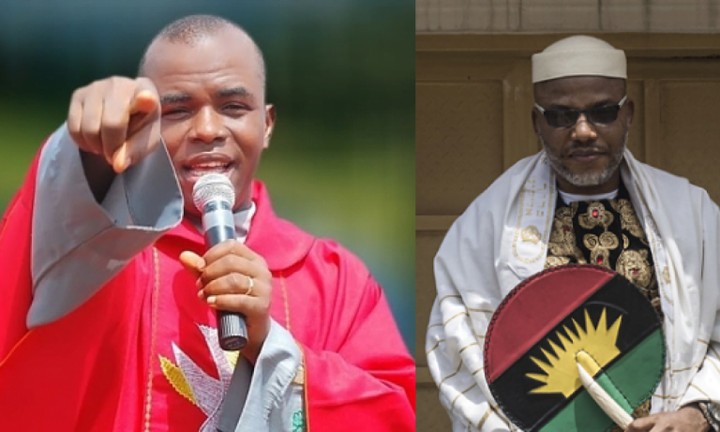 Mbaka said the government should stop fighting agitators and concentrate on ending banditry and killings by armed herdsmen all over the country.

According to him, the arrest of Kanu will not stop killings by Bandits.

The priest stated that banditry and kidnapping have continued in the country even after the arrest of Nnamdi Kanu.

Addressing his congregation, Fr. Mbaka stated that the federal government should stop fighting agitators and use the same energy expended in arresting Nnamdi Kanu to tackle issues such as youth unemployment which leads to banditry and other crimes that cause agitations in the country.