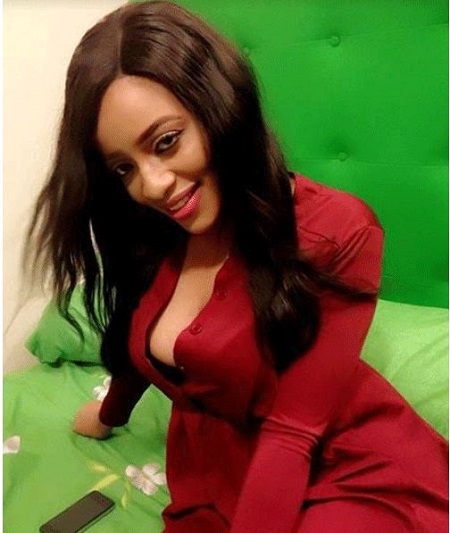 Angel Ufuoma
Nollywood actress, entertainment producer and TV personality, Angel Ufuoma has cried out that married men should leave her alone.
In a recent post on her Instagram, Ufuoma was unequivocal in her summation, practically on her knees, begging them to stop sliding into her DM to woo her and advised them to focus on their marriage.

“Married guys biko stop sliding into my DM, you hear? The time you use in texting and flirting with other women, if you put it into your relationship, I’m sure you will make your woman happier because that means more attention for her. Be a good, honest man – it pays," she wrote.

Angel Ufuoma is clearly following in the footstep of her mum, Tina Amuziam, veteran actress of the Glamour Girls’ fame by seeking new frontiers to conquer.

The emerging screen diva already has some enviable feats to her credit. She has starred in top Nollywood global productions like Tony Abulu’s ‘Doctor Bello’ where she co-starred with Hollywood and Nollywood superstars like Isiah Washington, Vivica A. Fox, Genevieve Nnaji, Stephanie Linus and others. She also only recently co-produced an international blockbuster movie ‘Superstar’, featuring the likes of Iyanya, Tekno, AY, Ushbebe, Jide Kosoko and many others.