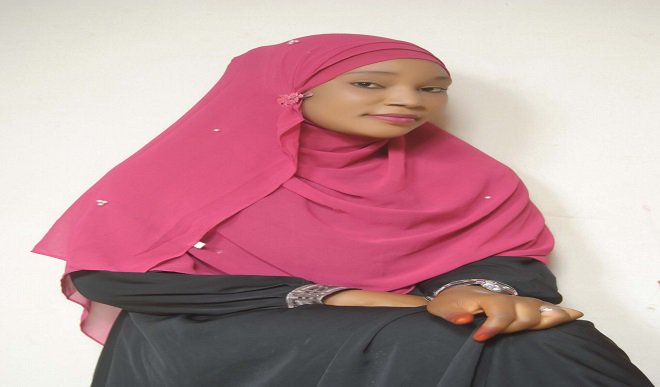 Bintun Dadinkowa
Speaking while answering questions on why some marriages involving actresses die young, Fatima Sa’id Abdullahi popularly known as Bintun Dadinkowa in Arewa24, blamed parents for meddling into the marital affairs of their children especially if an actress is involved.
She emphasized that no woman makes a better house wife as an actress, but the negative perception of her role to social transformation has hindered many from building happy homes.
She said; “Female practitioners in the indigenous Hausa movie industry (Kannywood) are always willing to live a happy married life, but negative perception conceived by the public about them has thrown many into different forms of matrimonial crises.
“It depends on the people involved, sometimes you will see after marriage he loves her and she loves him but along the line you would see some third parties intruding into their family affairs, feeding the other party with negative information about his partner thereby leading to serious issues in their marriage.
“Many a times the parents of the man tend to be this third party and usually they formed their opinion about their daughter-in-laws base on the negative perception people have about the female movie practitioners.
“After the marriage some ill-wishers in the neighbourhood will start feeding the man’s parents with a notion that their son is in a bad hand.
“Why is your son that is well bred, well cultured be married to that way-ward girl who is an actress” from there issues would start coming up after two, three days you will hear that the marriage has collapsed,” she added
--Advertisements--