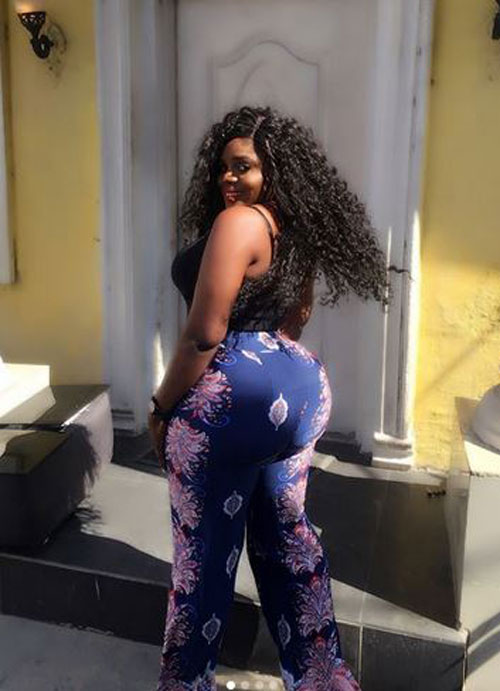 Chilly B
According to Potpourri, Nigerian female rapper and actress, Amadi Chinyere Moses, simply known as Chilly B knows a bit about love to know that many of so-called romantic relationship are nothing but farce.
In a one-on-one session with Potpourri the curvy actress who has a B.Sc degree in theatre arts from University of Calabar, while speaking on marriage and love held the opinion that most guys who seek romantic relationship with a girl, do so with ulterior motive.
“The biggest scam is relationship between a girl and a guy. Most guys scam girls into a relationship just to have the girl cheap. Once they are able to brainwash you into the notion that you are in a relationship, you begin to play the game their way. They keep you with the ‘relationship’ thing while they do other things on the side.
"The idea of the relationship is to keep you from asking him for money or anything, making you believe there’s something for both of you in the future. It is a big lie because when he’s done with you he will run away. I have been super lucky not to have been a victim and when I hear girls falling for this trick I just laugh. As for marriage, it is too stressful for me and s*x is a normal thing,” she said.
Speaking further she shared some of the challenges she has faced in the course of her journey in the entertainment space, stressing that only courage and determination has kept her going.
“The main challenge in trying to make it in this business is money, pursuing a career without backup is very frustrating. On this journey, I have met a lot of interesting people, especially the males, who would delight you with phantom stories and promises. I call them interesting because listening to some of their stories could be really appealing at times. I have seen many of them, either in their offices or wherever and it gives me nothing but hope and strongwill that there’s something better ahead and that courage has made me who I am today,” she said.
Aside acting, dancing and music, Chilly B also runs an NGO for street kids and widows called The Chilly B Foundation for Widows and Street Kids Empowerment. As an actress, she has featured in movies like Estate Runs, Final Runs, Itooro the Housegirl, Itoro the Wise Girl, Kidnapped (produced by her), Cross Instincts( produced by her), The Hunted Girl among others.

No Child Will Ever Suck My Breasts – Actress, Monalisa Stephen Declares