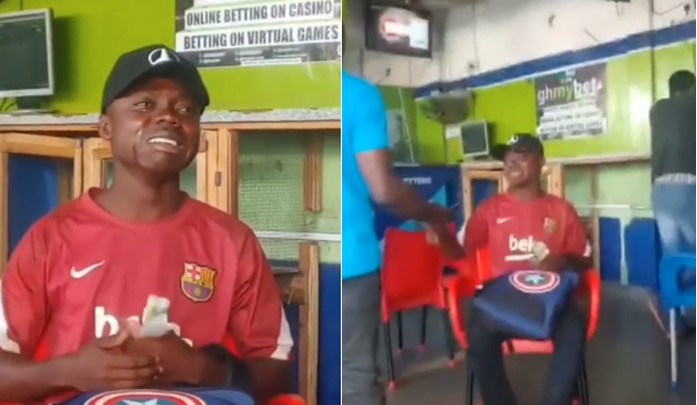 A young man has been captured on tape shedding tear after he reportedly used money given to him by his boss to play bet.

He visited a sports betting centre in Ghana and used his employer’s Ghc 250 (N12k) to bet but lost everything.

In a video making the rounds online, he could be seen sitting on a chair and weeping profusely due to the complicated situation he found himself.

The young man reportedly refused to go back to the office because he did not know what to tell his boss, and he was probably scared of saying the truth.

Someone who was recording him could be heard in the background mocking the gambler for not betting responsibly.