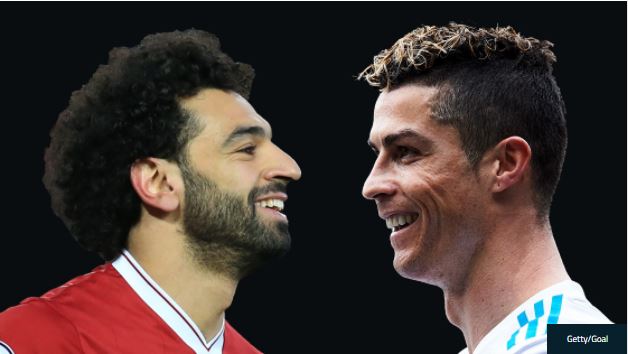 Mohamed Salah and Cristiano Ronaldo
Mohamed Salah has been advised by Mido to leave Liverpool on the back of his PFA Player of the Year award-winning exploits and “immediately accept any offer from Real Madrid or Barcelona”.
The 25-year-old was recognised by his peers as the Premier League’s standout performer for 2017-18 on Sunday , with a 41-goal haul across all competitions carrying him to the top of the English game.
It has been a truly remarkable debut campaign at Anfield for Salah, with his record-breaking exploits seeing his reputation rocket from tricky winger to a member of football’s global elite.
Mido feels his fellow Egyptian should take advantage of such a standing and snap up any opportunity offered to him to head for Spain and take his game to even greater heights alongside iconic figures such as Lionel Messi and Cristiano Ronaldo.
The former Tottenham and Celta Vigo striker told ON Sport : "With all due respect to Liverpool and his fans, Salah should immediately accept any offer from Real Madrid or Barcelona.
"He has been amazing with Liverpool the entire season, and could be very useful in La Liga especially with Real Madrid who are suffering from Gareth Bale and Karim Benzema’s horrible form this season.
"With his quality and pace, it should be easy for him to make it in La Liga.
“I’ve been there for a while, and I can say that the likes of Salah have a huge chance to succeed alongside Cristiano Ronaldo and the stars of Real Madrid.”
The Blancos have already been heavily linked with a summer approach for Salah. He is considered by those at Santiago Bernabeu to be of the ‘Galactico’ mould and a perfect option for the present and future.
Liverpool, though, have no intention of parting with a star turn they acquired for just £36.9 million in the summer of 2017, with Jurgen Klopp refusing to be drawn on his current value.
The Reds lost one key creative cog to La Liga during the January transfer window, as Philippe Coutinho departed for Barcelona, and are understandably reluctant to sanction another sale.
--Advertisements--