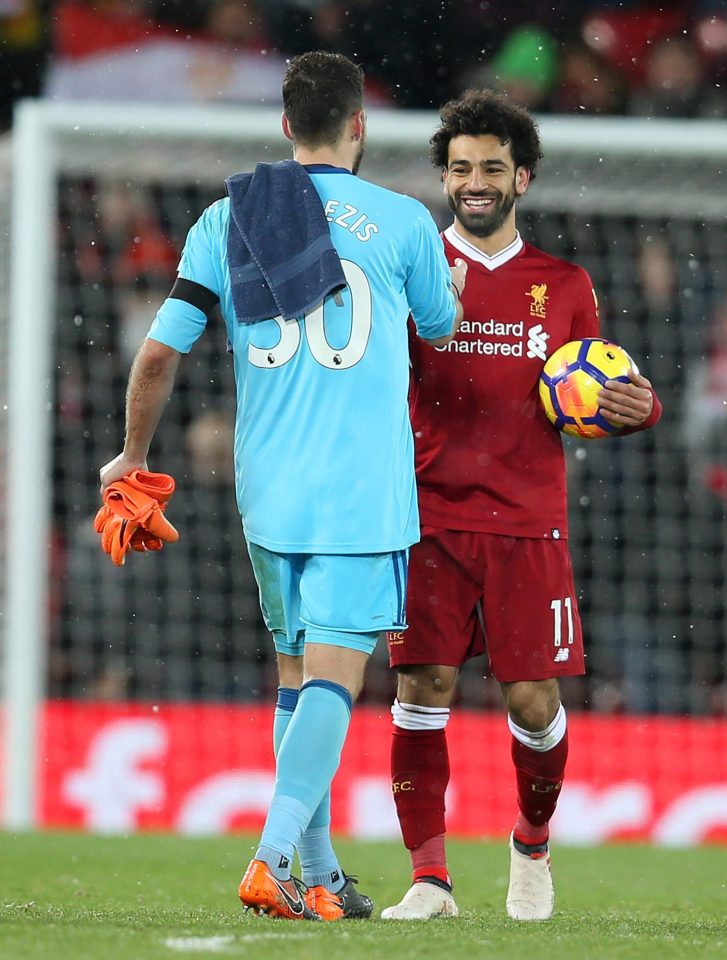 Mo Salah and Orestis Karnezis
Mo Salah lived up to his Mr Nice Guy reputation by apologising to Orestis Karnezis after sctuneg 4 goals against him, The Sun UK has reported. The Liverpool superstar 25, made a beeline for Karnezis after the final whistle to offer him some consolation in the 5-0 rout.
Reds chief Jurgen Klopp reckons the Egyptian is well on his way to being a world beater. Asked if he could be compared to Lionel Messi, Klopp said: "I think Mo is on the way.
"I don’t think Mo or anybody else wants to be compared with Lionel Messi – he is the one who has been doing what he’s been doing for what feels like 20 years or so. 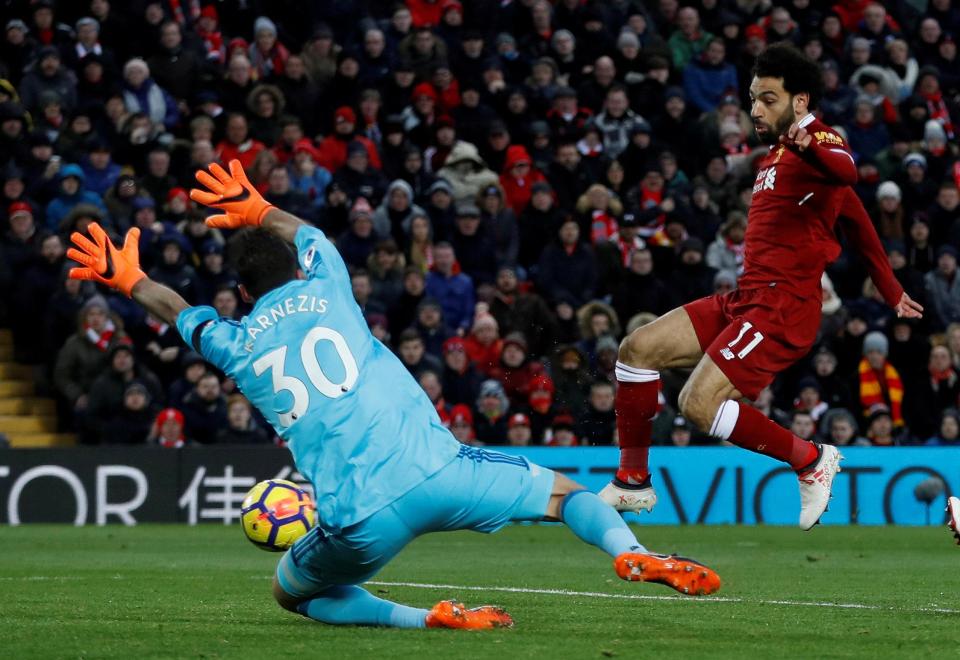 "The last player I know who had the same influence on a team performance was Diego Maradona.
"But Mo is in a fantastic way, that’s for sure. As it always is in life, if you have to have the skills you have to show that constantly and consistently, and he is very good. He helps us a lot
"The boys love playing together with him, he loves playing with them so it’s good.
"He gave us a good four goals. I think that’s quite exceptional and another good performance. 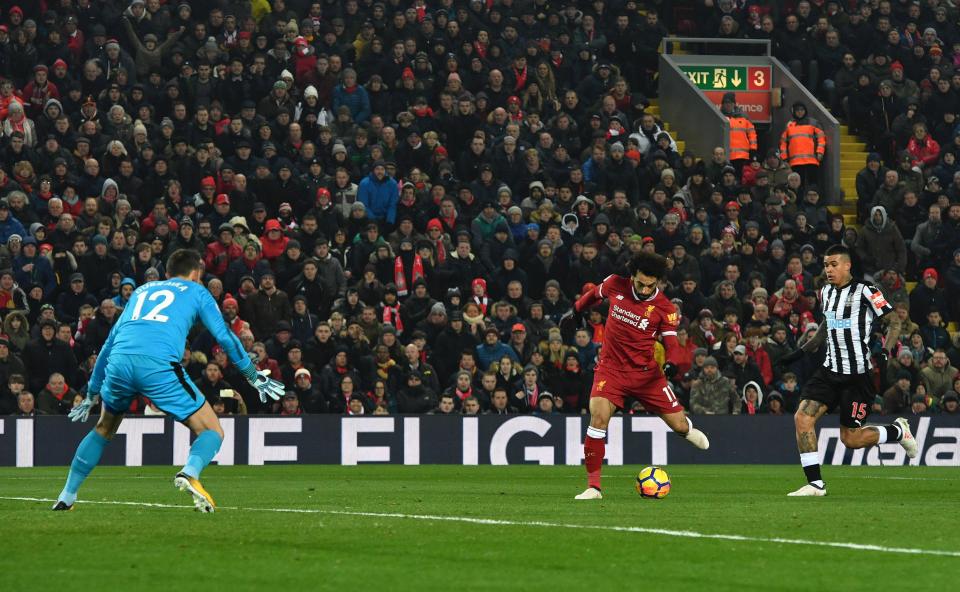 "We had to cope and deal with difficult conditions tonight. It was slippery.
"Everybody suffered but not Mo in that situation. That is really special."
--Advertisements--