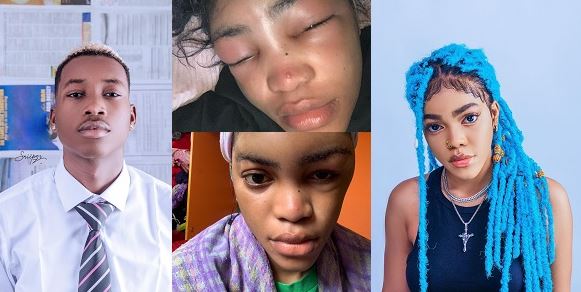 The girlfriend of DMW artiste, Lil Frosh has finally broken her silence after she was beaten to a pulp by the rapper.

The rapper who is signed to Davido’s record label, DMW was called out by the brother and manager of his girlfriend, Gift Camille on Monday, October 5, 2020.

According to the brother of the victim, Michael, Lil Frosh has been assaulting his sister for a while now, and even went as far as threatening her with her nude photos.

Gift also addressed those insinuating that her family does not support, as she revealed her family has been her support system since the incident happened.

See what she wrote below;