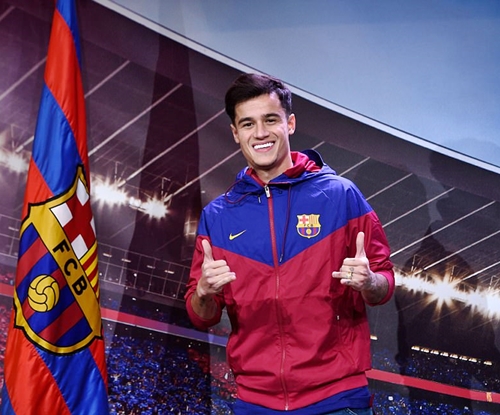 Coutinho at Barcelona
Brazilian playmaker, Philippe Coutinho, was on Sunday, unveiled by Barcelona at the Nou Camp after completing his £145million move from Liverpool, as he was spotted wearing a club tracksuit as he posed for ptuneographers with a beaming smile.
According to Dailymail Sports, the ex-Liverpool star who will be officially unveiled in front of fans on the Nou Camp pitch until Monday afternoon, was presented to the media following Barcelona’s routine 3-0 victory over Levante in La Liga. 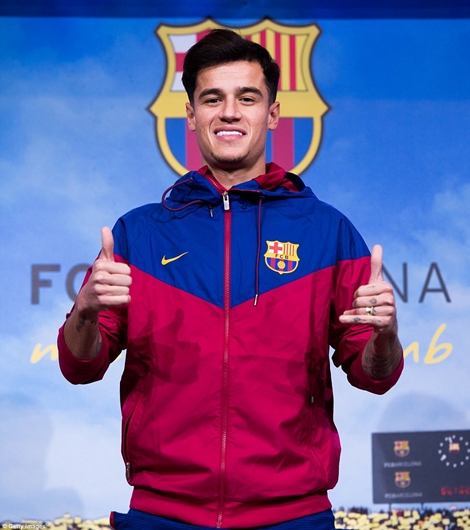 Speaking while addressing fans on Instagram, Coutinho said in English: ‘Hi Barca fans. I am here. It is a dream come true and I hope to see you tomorrow.’
Coutinho’s transfer saga started in the summer transfer window on Saturday after Liverpool and Barcelona agreed the second-biggest transfer fee in history when the player signed a five-and-a-half-year deal which contains a €400m (£354m) release clause.