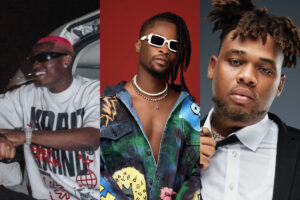 BBNaija reality show star Laycon has been dragged for joining the fight between Buju and Ruger after the two were being compared over their talent as he takes sides with Buju.

On the streets of Twitter, fans were comparing Ruger and Buju’s vocal talent and Ruger replied to that saying he loves Buju but then he’s better than him when it comes to their musical career and Laycon has joined the race by taking the side of Buju.

According to Laycon, Buju has collected Lucifer’s gift and has disguised himself as a human being and that means has a very good voice because we all know Lucifer has the best voice per the bible description.

This simple tweet of Laycon got him dragged to the filth on the street of Twitter with many asking whether he’s an artist because he seems to be everywhere but not on the music chart while others say things that will hurt him if he was to read any of them.