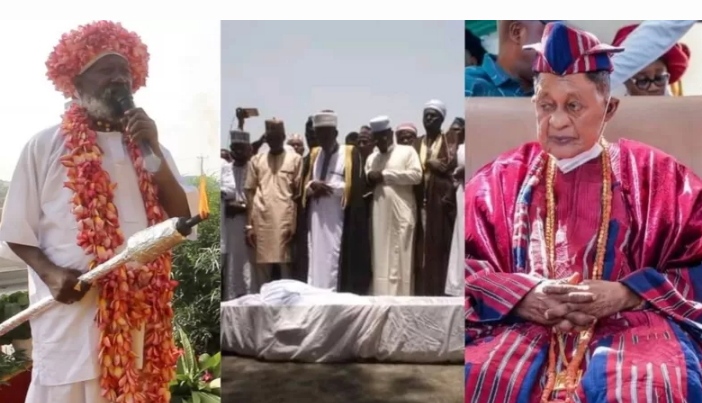 It has been alleged that late Alaafin of Oyo, Oba Lamidi Adeyemi III was poisoned.

A prominent spiritual leader, Guru Maharaj Ji made the allegation in an interview with BBC News Yoruba, published on Tuesday.

Guru Maharaj Ji regretted the death of the monarch, stating that Oba Lamidi must be resurrected. He however did not mention those behind the alleged poisoning.

Lamidi Adeyemi succeeded Alaafin Gbadegesin Ladigbolu II in 1970, during the governorship of Colonel Robert Adeyinka Adebayo, after the end of the Nigerian Civil War.

The Alaafin died at the age of 83 on the 22nd of April 2022 at the Afe Babalola University Teaching Hospital, Ado Ekiti in Ekiti State,. His reign of 51 years is the longest reign of any Alaafin of Oyo in modern recorded history.

Davido Will Be Poisoned, Will Lose Part Of His Body – Nigerian Pastor Says In Video

‘I Nearly Beat Davido The First Time We Met’ – IT Guru, Asemota