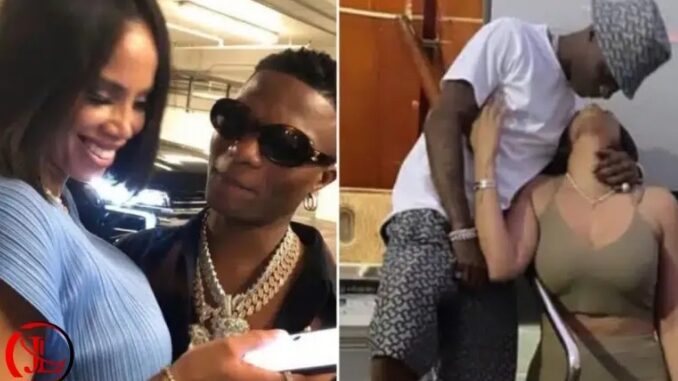 Nigerians have penned down their thoughts after Wizkid‘s babymama, Jada Pallock, shared a cryptic post about her unwillingness to force things.

Some Citizens who came across the tweet claimed there is a possible crack in the romantic relationship existing between Jada and Wizkid.

The mother of two took to her Twitter account to reveal her state of mind about how unwilling she is to force things.

According to her, the only thing she can force is a rubber band around some cash.

“Ain’t forcing nothing but a rubber band around some money

Reacting to this, netizens have speculated that her romantic relationship with the singer is currently shaky. 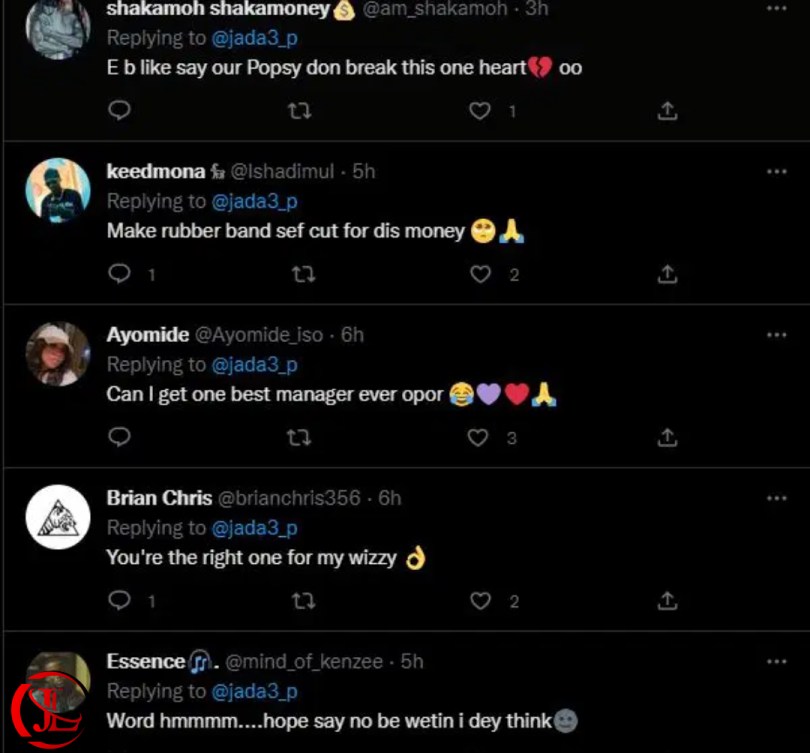 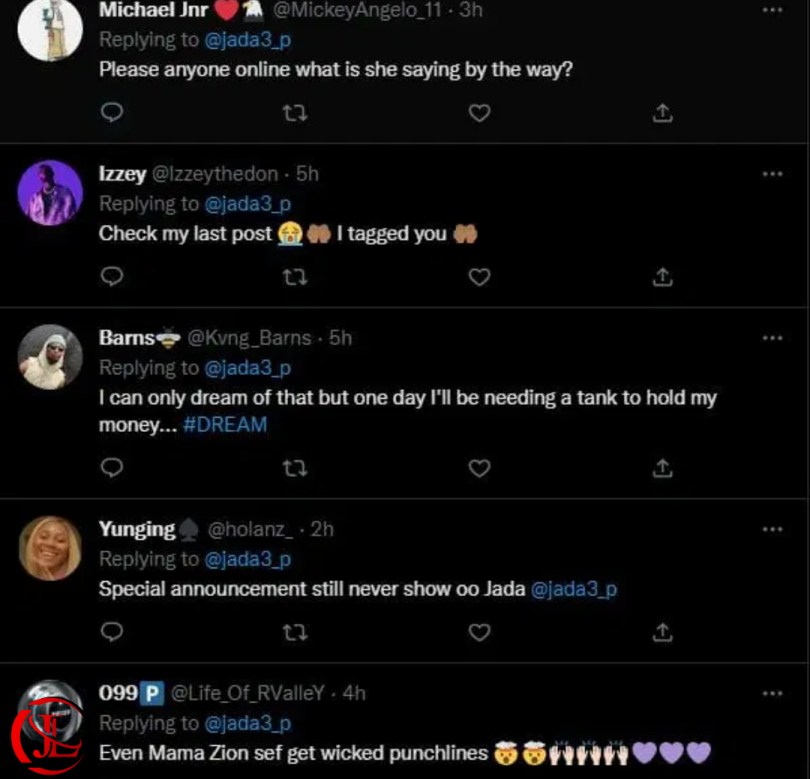 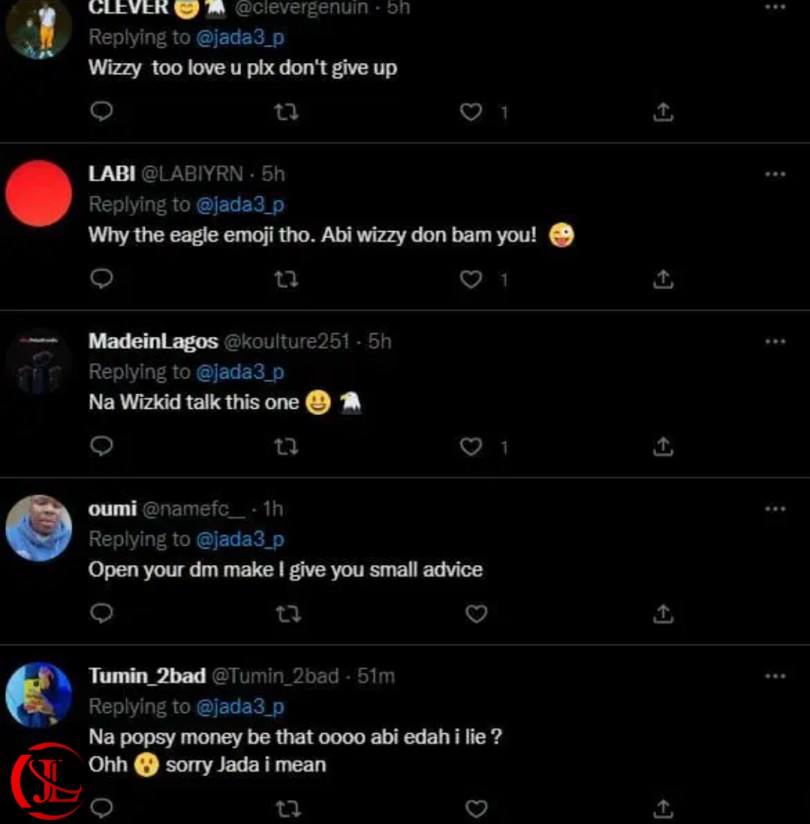