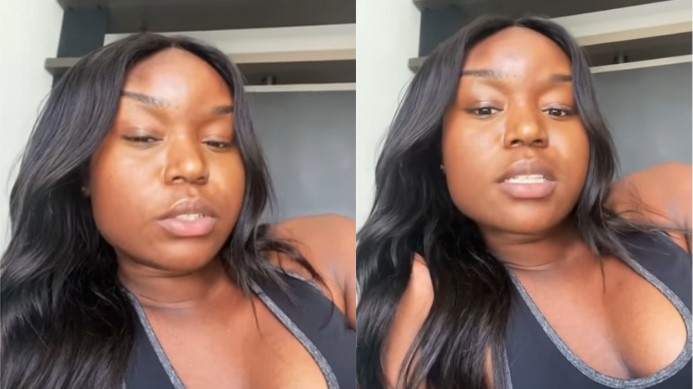 A young lady has revealed that she broke up with her boyfriend after finding out he impregnated her mother.

She shared her story in a video making the rounds online, and recounted how it all happened when she was away.

According to the heartbroken lady, she found out when the controversial Roe vs Wade Supreme court ruling about abortion was overturned.

She said that she was calling every woman in her life to check on them on know how they feel about the development at the time.

She called her mum after hearing the judgement and she detected seemed distraught by the tone of her voice.

Her mum was crying about the ruling, but she thought it was because she is a single mother who is raising a girl in America that may be affected by the Roe vs Wade overturn.

They ended the conversation and two days later, she called her mum again, but she was surprised to learn that she was still crying.

At that point, the woman could no longer keep the news a secret so she informed her daughter that she was pregnant.

Though the girl was surprised, she congratulated her mum and wished her well not knowing the baby belongs to her boyfriend.

She was overtly happy about the news and started asking multiple questions about the next step, but her mum interrupted her and revealed that her boyfriend is the father of the child.

The daughter said she asked her mama to repeat what she said and she confirmed that the boyfriend was responsible.

At the time she was informed of this news, she and the guy were still dating so it was a huge shocker that made her gasp for breath. She further said that her soul left her body while trying to process the information.

She eventually broke up with him, but did not disclose how she resolved matters with her mother.

Watch her speak below..