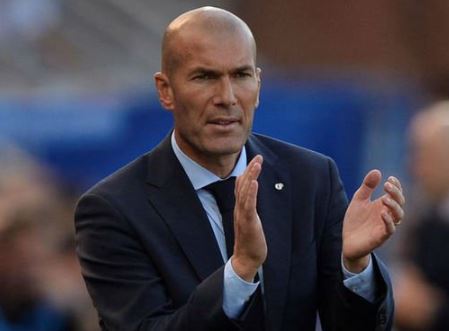 Zinedine Zidane
Real Madrid manager, Zinedine Zidane, has admitted that his contract with the club “means nothing”.
Zidane stated this after their 2-2 draw against second-tier Numancia in the Copa del Rey on Wednesday. Madrid progressed 5-2 on aggregate thanks to their 3-0 first-leg win, but that remains their only win in four matches.
In the league, Zidane’s men are 16 points behind leaders Barcelona.
“I just go game to game, year to year,” Zidane, who agreed a new Madrid deal in September, said.
“I cannot think two or three years down the line, as I know how it is here, even having a contract, which means nothing.
“It is not easy for the players who play less. We played a good game. We maybe lacked a bit of gas at the end.”
--Advertisements--