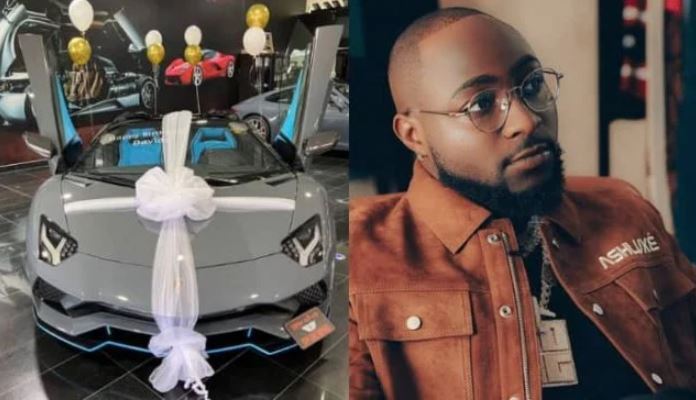 David Adeleke, the popular award-winning singer, popularly known as Davido, has received knocks from Twitter fans after he lamented the cost of clearing his Lamborghini at the Nigerian port.

The Afro-pop singer had called for prayers for the country as he decried the amount he had to pay for the clearance.

“You don’t even wanna know how much I just paid to clear my Lambo. Pray for Nigeria…Jesus,” he tweeted early Wednesday.

The PUNCH had earlier reported that the Afro-pop singer bought a luxury Lamborghini Aventador worth over N300,000,000 as an early Christmas gift for himself.

After his sold-out London concert earlier this month, the singer has also acquired a Maybach.

In response, Davido hinted that his father, billionaire Adedeji Adeleke, would settle the clearance fee for the Maybach as he tweeted, “I am my father’s child for that one.”

As Davido lamented the price for his Lamborghini clearance, fans have tackled him for complaining, while there were people who didn’t even have food to eat.

A tweep, @Casbilli, tweeted, “Lambo is not our problem bro. We average Nigerians just want to survive.”

Another tweep,@classicremmy, wrote, “It seems you came to this life to buy a car, you’ll gather Africa money through streaming and shows, then go abroad to blow it with cars,” while also advising the singer to quit complaining and find a way to aid employment in the country.

Fans of other top singers like Wizkid and Burna Boy also accused Davido of bragging about his activities.

“You brag too much bro. Wizkid buys chains that are more expensive than yours. Stop bragging,” @shirex9 tweeted.

Sharing details on Burna Boy’s expenses on Lamborghini, @swordsman29797, wrote, “Bro, your mates do it without much noise. We already know that you bought a Lambo.”

As expected, Davido fans came to the singer’s defence as they also responded to the trolls on Twitter.