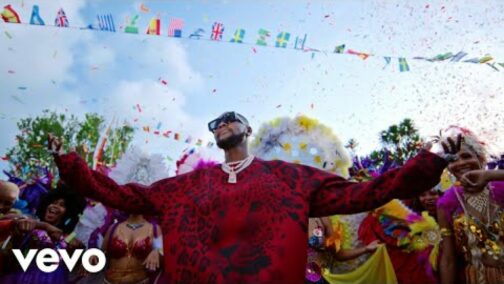 Popular musician, Oluwatobiloba Daniel aka Kizz Daniel has revealed the amount he spent to produce the video of his hit song ‘Buga’.

According to the star, he spent a staggering N31 million.

The director of the music video T.G Omori confirmed the amount on Thursday.

“Something around N31m,” T.G. Omori replied when a fan asked about the cost of the video.

The music director also confirmed that the video was shot in two days.

He said: “My biggest miracle this year was God answering my prayers and holding the rain for the two days we shot BUGA, if it rained that day I would have cried real tears.”

With music lovers hailing the quality of the video, it has now gathered 1,445,931 views on Youtube as of the time of filing this report.

Since its release, ‘Buga’ has broken several records across the globe.

There have been several dance challenges on Tiktok to promote the less than four-minute song, which has increased its popularity.

However, the colorful video of the song showed that Kizz Daniel truly understands the music business.

The video was shot in a carnival-like setting, displaying various countries’ flags.

Tekno who sang a verse on the song also features in the video.

The visuals of ‘Buga’ was released on Wednesday after the song has amassed over 17 million views on YouTube.