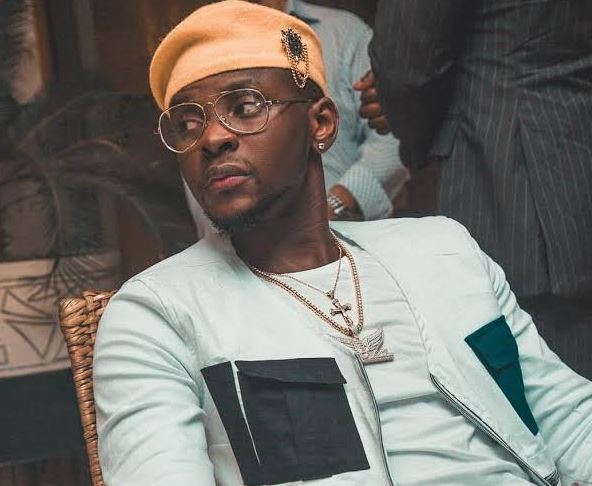 Nigerian singer, Kizz Daniel, has replied a fan who asked him for cash to prove that he isn’t stingy.

The fan apparently tried to play a fast one on the ”Buga”crooner.

She claimed to have heard rumours about the singer being stingy and requested that he gives her N100k to prove that he’s not stingy.

Reacting to this, Kizz Daniel quickly disappointed the young lady by confirming the allegations of being a stingy man.

Kizz Daniel asked her not to worry about what she heard because he’s indeed stingy and has nothing to prove to her or anyone else. 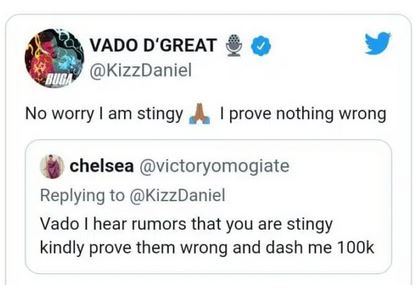