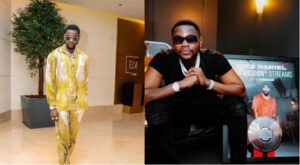 The award-winning musician was presented with a plaque after achieving the astounding feat. 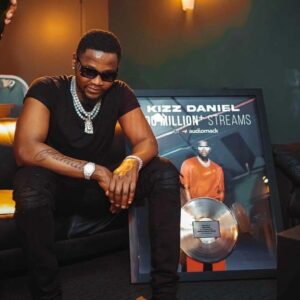 A video posted on social media shows the moment a staff of Audiomack handed the plaque to Kizz Daniel while he was performing on stage.

He expressed thanks for the recognition and later posed with the plaques after the show ended.