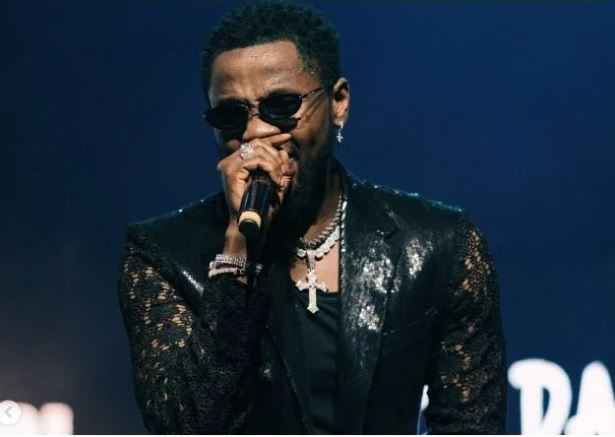 Popular Afrobeat musician,  Oluwatobiloba Daniel Anidugbe, better known as Kizz Daniel for the first time discussed the death of one of his sons.

During an interview with one of the major radio stations in America, Kizz Daniel expressed his suffering.

Many introspective questions, including those about his children, were posed to Kizz Daniel. Remember how the artist revealed he had just welcomed a set of twins a few months ago?

He did, however, confess in a different interview that he genuinely welcomed triplets but lost one. Kizz Daniel was questioned regarding his emotions at the time.

His face almost immediately changed when he heard the question because it is a very painful memory for him.

Kizz Daniel claimed that the loss had crushed him and had hit him very hard. For nearly a year, he couldn’t record.

The ‘Buga’ hitmaker said, “I witnessed my son die right in front of me.” He expressed this while crying.