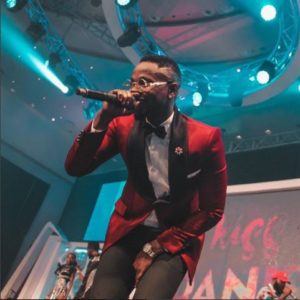 Kiss Daniel has revealed that he has made 40 collaborations this year alone with artistes around the world. He also stated his plan to release his sophomore album next year, 2019.

The singer who recently launched his own music label, ‘Flyboy I.N.C‘, to handle his music operations after his tumultuous exit fromG-worldwide, has revealed in a tweet that the number of collaboration projects he has worked on, is enough to serve his many fans throughout the year.

His collaboration with Omawumi titled ‘ Me Ke‘, which was recently released is currently enjoying rave review, his teamwork with CDQ titled ‘ Gbayi‘ is also buzzing in music circles while his scheduled collaboration with Wizkid, which is titled ‘For You’ and produced by the amazing Philkeys, remains one of the highly anticipated projects of the year.

Kiss Daniel’s verse clearly is one of the most sought-after music materials in the country, currently.