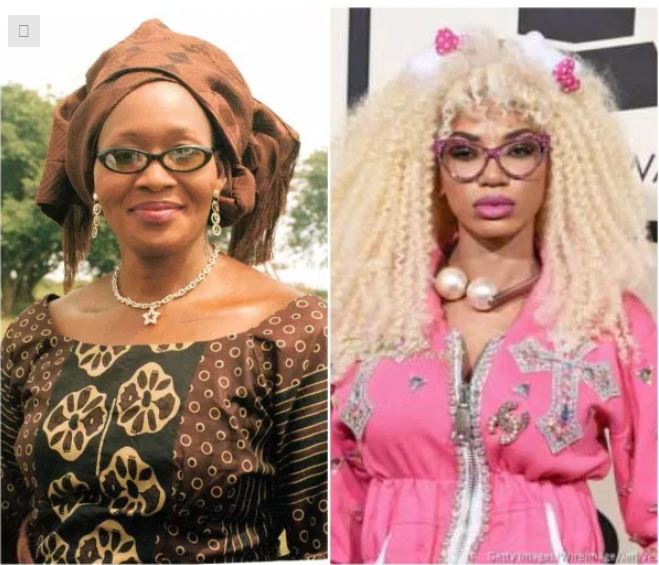 Kemi Omololu Olunloyo and Dencia
Controversial Nigerian journalist, Kemi Omololo Olunloyo who regained freedom after spending 90 days in Port-Harcourt Maximum Prison has cried out to African-American singer and cosmetic entrepreneur, Dencia.
Kemi was sent back to prison sometime in October for allegedly defaming Pastor David Ibiyeomie of Salvation Ministries.
Kemi who credited controversial musician Charles Oputa, popularly known as Charlyboy for securing her release from prison had called on the federal government to decongest the Port-Harcourt prisons.
She wrote: “I have been released from Port Harcourt maximum prison for the third time in 12 months. To the Federal government of Nigeria, pls decongest #PHMax. Our young #Igbo #Ogoni #Ikwere#Calabar #AkwaIbom males are all LOCKED UP and not fed adequately.
“Many wasting away with skin and health problems. The Federal Ministry of Interior needs to intervene FAST! Special thanks to @areafada1 and #ourmumudondomovement which I helped launch @tvcconnect Dec 13th 2016 for my release.”
Dencia who was touched by Kemi’s post then reached out to her. Kemi then explained all she has been going through to her.
See Dencia’s posts below: 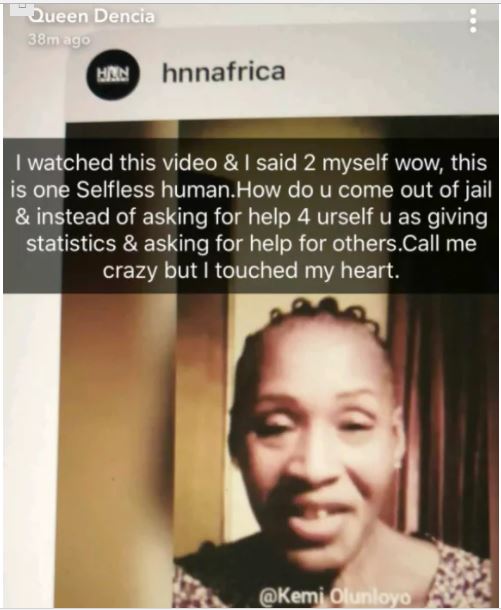 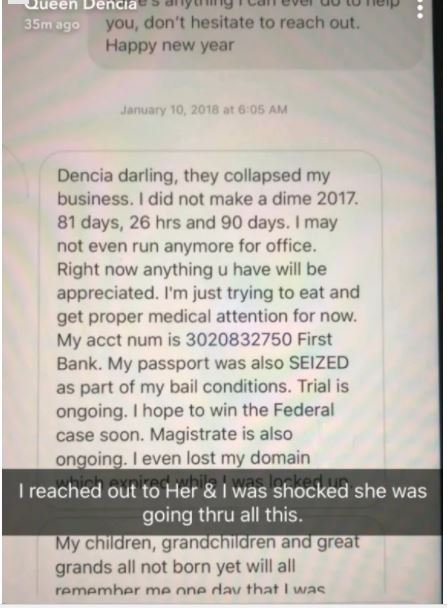 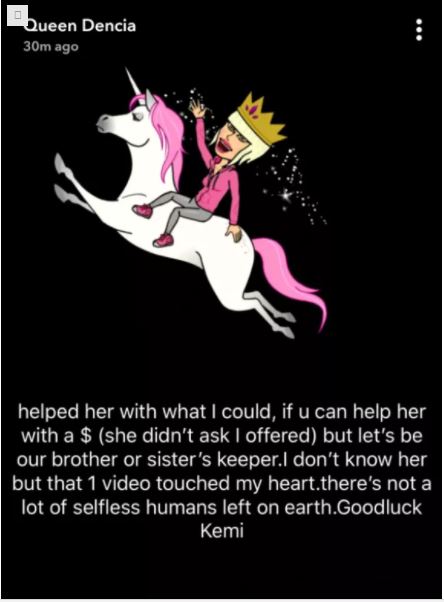