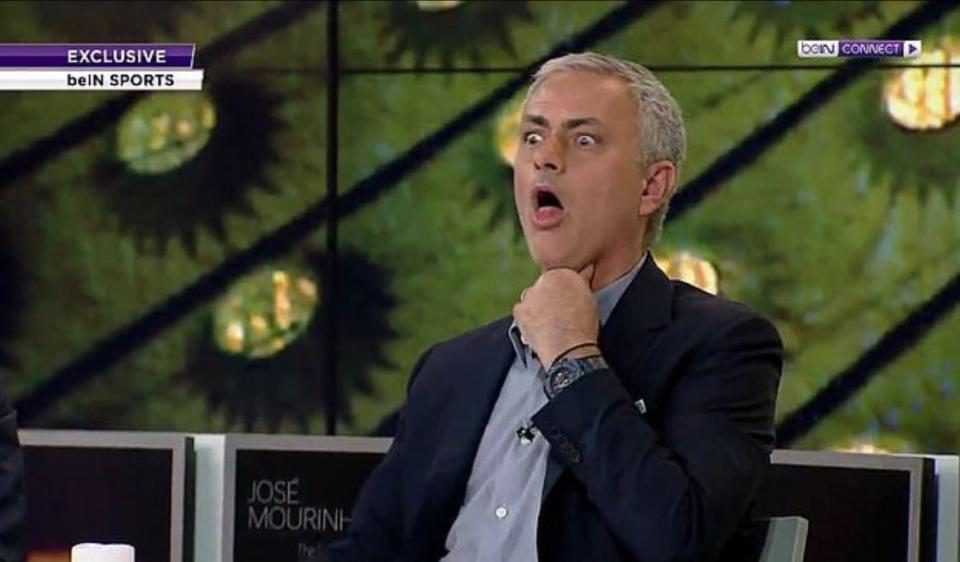 Jose Mourinho
Jose Mourinho has finally revealed all about his infamous laundry basket incident as Chelsea boss in 2005… admitting he was close to death.
Last night, working as a pundit for beIN Sports, the Special One admitted for the first time he tried to defy a two-match Uefa ban by hiding in a laundry basket.
Mourinho, now 55, had been slapped with the ban for his behaviour in the previous round of the Champions League against Barcelona.
Now, the former Manchester United boss has admitted he was in the laundry basket… and nearly suffocated.
When asked if he was in fact in the lbox full of dirty kit, Mourinho – who last night claimed he has turned down three jobs since being sacked by Manchester United last month – incredibly revealed: "Yes, yes I was.
"The fundamental thing of it is – Chelsea vs Bayern Munich, a big match in the Champions League. I need to be with my players… and I did it, yeah.
"Let me tell the story. You know Stewart Bannister, the Chelsea kit man. Skinny Stewart. I go to the dressing room during the day, so I was there.
"I’m there since midday, and the game is seven o’clock. I just want to be in the dressing room when the players arrive.
"So I go there, nobody sees me. The problem was to leave after.
"Stewart put me in the basket. The metal one, the hard one. Puts me in there.
"I go in there with a little bit open, so I could breathe, but when Stewart is taking that outside the dressing room, outside the stadium, the Uefa guys are there desperate to find me.
"So when I was there, Stewart closed the box. I couldn’t breathe. When he opened the box, I was dying.
"I’m serious. I was close to dying. I’m serious, I promise. It’s true, it’s true."
Mourinho was retelling the incredible tale to Andy Gray, Jimmy-Floyd Hasselbaink and Richard Keys – who were all rendered hysterical – during Arsenal’s 2-0 win over Chelsea last night.
***
Source: The Sun UK

Squid Game Revealed To Be Price Nearly $1 billion For Netflix