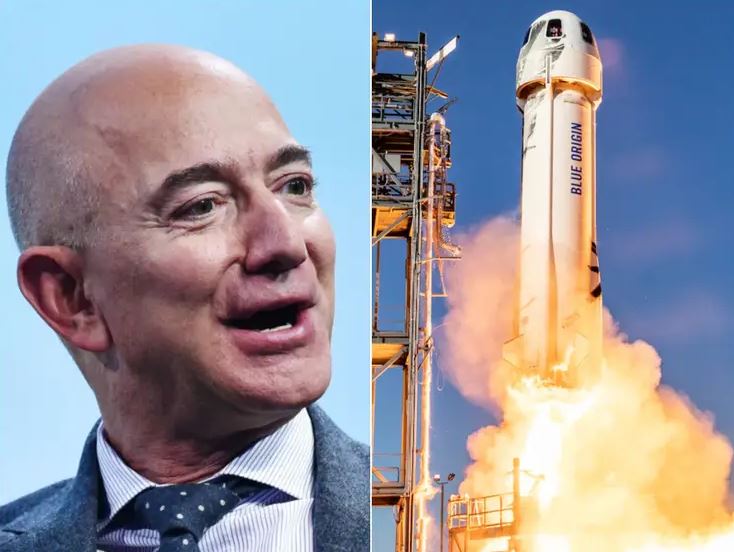 The space jet by New Shepard is expected to take flight at around 9 a.m. ET carrying Bezos, his brother Mark, aviator Wally Funk and Oliver Daemen, an 18-year-old and the company’s first paying customer.

It will be the company’s first launch with people aboard and the start of a new era for Blue Origin, which is trying to increase its customer base for earth-space flights.

Blue Origin isn’t the only company looking to capitalize on the suborbital spaceflight market. Earlier this month, Richard Branson’s Virgin Galactic flew Branson and other passengers to space. Elon Musk’s SpaceX is also trying to launch flight into space.

Blue Origin says a webcast showcasing the launch will begin on its website at 7:30 a.m. ET.

Before the flight, Blue Origin’s passengers will be loaded into the New Shepard capsule stacked atop a rocket.

During the launch, the capsule will be rocketed to about 62 miles above the Earth where the passengers will feel minutes of weightlessness and be able to see the planet against the blackness of space before descending back to the surface under parachutes.

If all goes according to plan, Blue Origin says it will look to launch two more human missions this year.