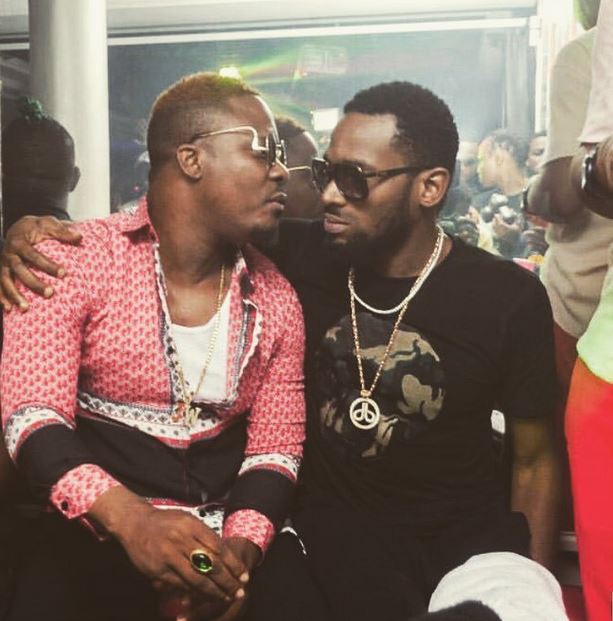 Popular Nigerian singer, Jaywon has accused his colleague, D’banj of stealing the concept of one of his artiste’s songs ‘Face Show’ and recording a similar one without his consent.

According to Jaywon, D’banj and his management told him to ask the artiste known as Hardvantage to drop the song but he (Jaywon) refused.

They, (D’banj and management) however, released another version song without Jaywon’s permission.

“After calling to ask my artists to drop his song and we refused your offer then you went ahead to release the song Abah, @iambangalee and management. You can do better,” he wrote.

D’banj has not reacted to the accusation as of the time this report was filed.

Jaywon launched his record label named Next World Music in 2013 after his exit from Kennis Music.

She Advised Me To Insult Rosy, Churchill’s Spouse To Show That I am Loyal”- Bobrisky Drags Tonto Dikeh

How I Was Nearly Accused Of Stealing In London Resort – Bovi