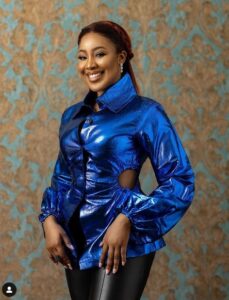 Ex-BBNaija housemate, Erica has said that it’s time for her to start acting her age.

The actress who clocked 28 on March 13, explained she has her life planned out with little or no time for frivolities.

According to her, she can’t just abruptly jump on events or decide to party and do all the wild and fun things she used to engage in.

She stated for her to do such, it would have to be prearranged ‘more than a year in advance’.

“I’m so controlled with my life plan that even my time for going wild and having loads of fun is scheduled more than a year in advance. Time to act my age has come be prepared,” Erica tweeted. 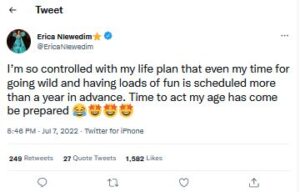