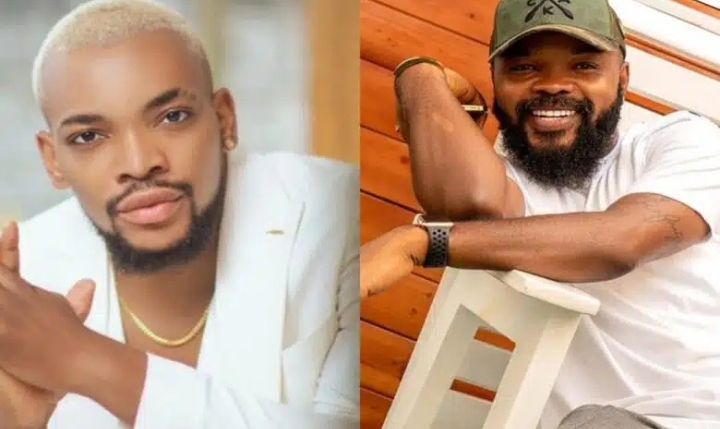 You may recall that Nedu had come for female Big Brother Naija stars on two of his podcasts.

He had first described how he had allegedly walked in on two BBN ladies who were getting intimate with his rich friend.

Most recently, he claimed that the reason why most women go for the show is to get customers; he added that they only have their bodies to offer in return when they achieve fame.

Kess has tackled the OAP for constantly debasing his female colleagues.

According to Kess, most of these ladies are also intelligent and talented and it is unfair to constantly tag them as sluuts.

“This trend of tagging female Big Brother housemates as sluuuts is distasteful. 95% of them are highly intelligent, sufficiently independent, super talented and are legit hustlers. It is unfair to undermine their hard work.” 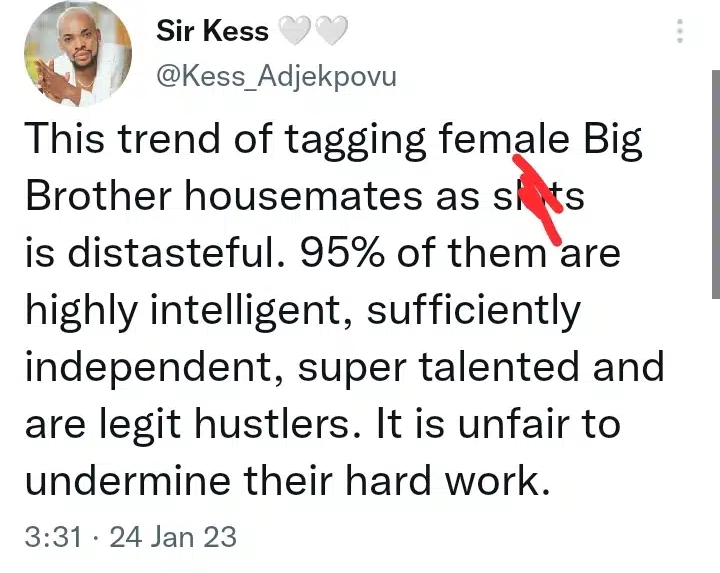