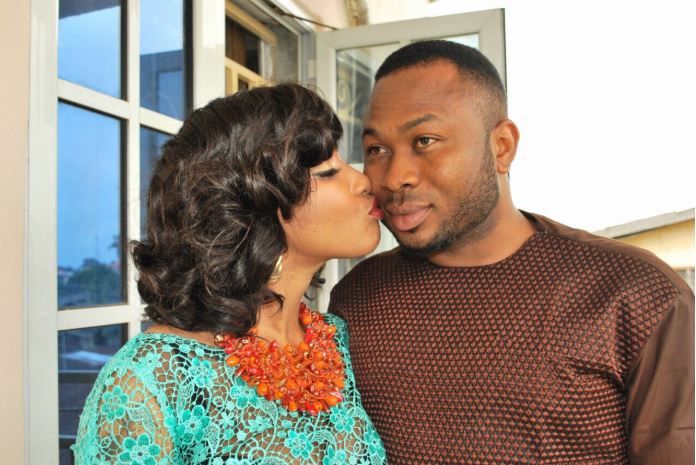 Tonto Dikeh and Olakunle Oladunni Churchill
Nollywood actress, Tonto Dikeh has sparked pregnancy rumours after she posted a video of a woman cradling what appears to be a baby bump.
In the video which was shared on her Insta-stories, the mother of one’s voice can be heard as she cradles the bump while wearing a dreamy bejewelled gown.
It is unsure what message the actress is trying to pass across as she has neither made any announcement about being pregnant. Many fans have however latched to the video as her way of subtly telling the world that she is expecting.
Dikeh, as you know, has a son, Andre whom she shares with her ex-husband, Olakunle Churchill. Dikeh and Churchill separated on a bitter note with several accusations of infidelity, abuse and domestic violence from both parties. Although not on good terms with her baby daddy, Dikeh takes every opportunity she gets to dote on their son.
In recent times, Dikeh has also hinted that she is in a relationship once again although unlike her well-publicised relationship and subsequent marriage, the award-winning screen star has managed to keep the identity of the new man in her life off social media.
She seemingly confirmed this again in her insta-stories when she posted a photo of herself and her son and wrote,
“11 hours flight but all we can think about is how much we miss step daddy!! Our lives changed meeting you.” 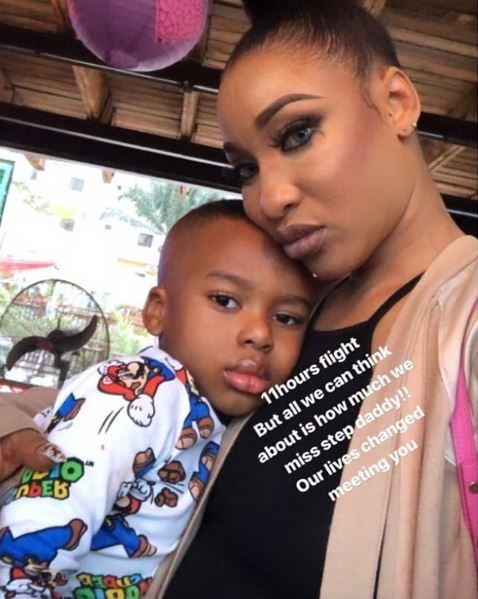 With this post, she is also hinting at not just a possible pregnancy but also a secret marriage. The coming days will confirm if Dikeh has indeed remarried and pregnant with her second child.