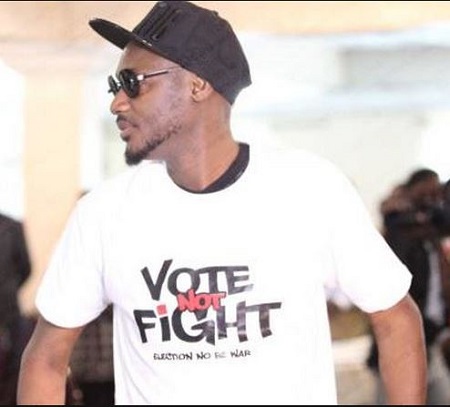 The 2019 general elections will be for young people who constitute 81 per cent of registered voters, the Independent National Commission said in Abuja on Tuesday.

The chairman of INEC, Prof Mahmood Yakubu, stated this during an election summit for youths, where popular musicians were given awards for helping to mobilise youths to register for the elections.

Among those given awards were ace musician Innocent Idibia (2face), Ambassador Ketil Karlson, Head of European Union to Nigeria and ECOWAS.

Yakubu explained that another category of youths were drawn from the National Youth Service Corps and tertiary institutions to man the 119,973 polling centres in the country.

He said, “About 22.3 million or 26 per cent of those who registered are officially described as students followed by the second category called farmers and fishermen to the tune of 13.6 million, that is 16.2 per cent of the registered voters.

“But among the farmers and fishermen, the majority are also young people. So, those between the ages of 18  and  35 constitute 42.9 million, roughly 43 million of the registered voters which is 51 per cent of the total number of registered voters in the country.

“But if you add the middle-aged category of 36-50 which is 25 million or 30 per cent, young people in this country constitute 81 per cent of the registered voters in Nigeria.”

While commending 2face and others for mobilising youths to participate in the voter registration, the INEC boss urged them to continue to tell them to collect their Permanent Voter Cards.