The brand influencer said this on Twitter while responding to a Twitter user who advised her to get married.

She said that she isn’t in a rush to get married as she’s still in her mid-20s and has the rest of her life to do that.

“I am turning 27 this year and it’s not you that will tell me my own age.”

In response, she wrote:

“Why rush? I have the rest of my life to be married. It’s favorable to the men cos they don’t really have to change much about their lives but a lot about the woman changes.” 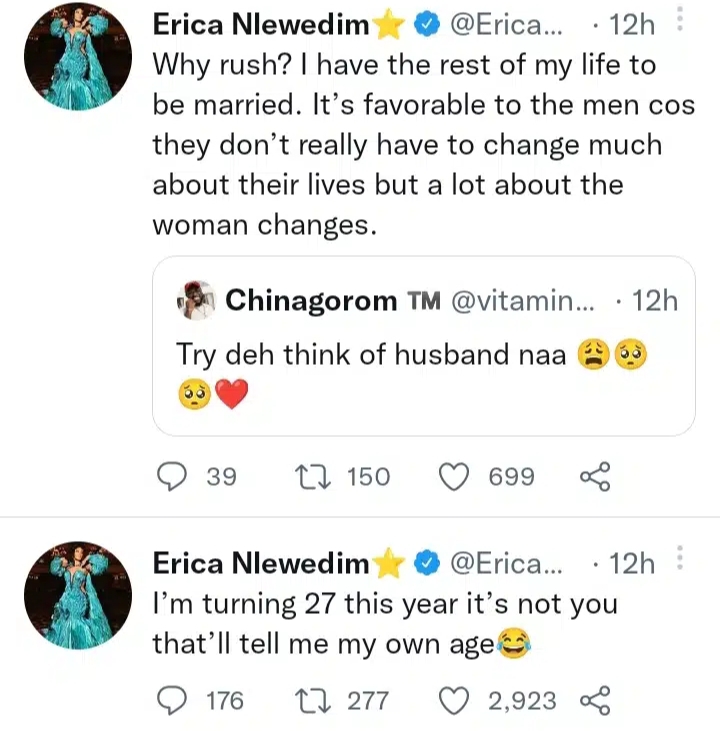