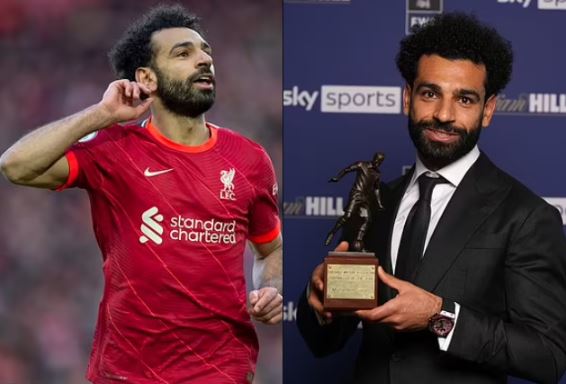 Liverpool striker, Mohamed Salah has claimed he is ‘the best’ in his position and insisted that he beats his rivals in the stats.

The Egyptian forward has just been named 2022 FWA Footballer of the Year after another impressive season for Jurgen Klopp’s side.

So far, he has netted 30 times in 48 appearances across all competitions this season and is currently leading the race for the Golden Boot.

On his form, Salah told beIN SPORTS, via Goal : ‘If you compare me with any player in my position, not only in my team but in the world, you will find that I am the best.’

‘I always focus on my work and do my best and my numbers are the best proof of my words.

‘I like to always create a new challenge for me, to work in a different way and to make a difference and that is my duty.’

Salah’s claim comes ahead of two final showdowns for Klopp’s side, starting with a trip to Wembley this Saturday.

Liverpool will face Chelsea in the FA Cup final this weekend before a battle against Real Madrid for a seventh Champions League title.

The Position Of A Lady In Her Husband’s Home Is To Improve His Wealth” – Nigerian Pastor, Eno Jerry Says (Video)

Ballon d’Or Results Were Shocking To Me – Salah