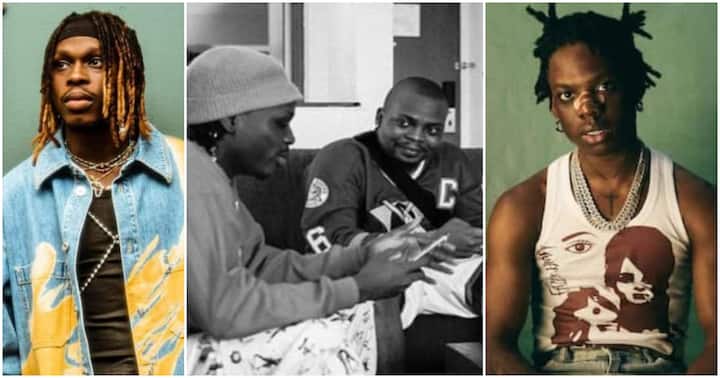 Baddo explained the new formed relationship between the duo was admirable as they possess genuine love for each other.

He made this known while reacting to a video that was used to depict Fireboy hailing Rema to get a verse from him.

The duo is doing greatly on the international scene especially Fireboy who recently got an opportunity to perform hit song, “Peru” at the iconic Wembley Stadium alongside English singer, Ed Sheeran after a BET nomination and mainstage performance at the just concluded award which took place on June 27, 2022.

Seeing Rema’s feature on YBNL artiste’s incoming third studio album, a social media user shared a video of Israel DMW singing Davido’s praises in a bid to get him to open the door to illustrate the what Fireboy did to get “Bounce” singer on his album.

Reacting to the video, Baddo Sneh said: “You people have wahala on this app. Fire x Rema got genuine n solid love for each other n I’m super proud of them.

“I really can’t deal. I done watch this video die .. no worry Una craze for this app well well,”he added.