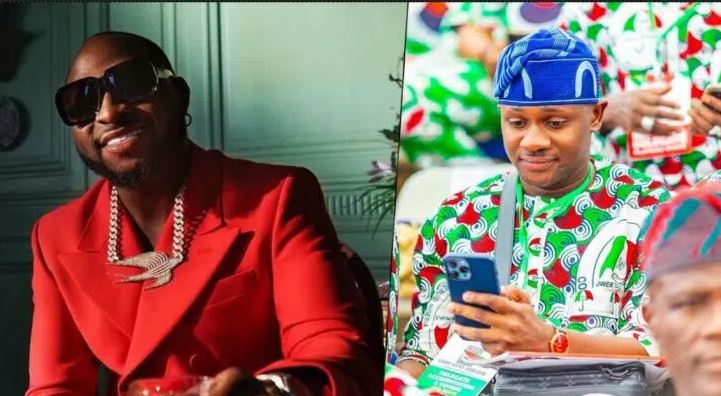 Superstar singer, Davido Adeleke has rained praises on his cousin, Clarks Adeleke, following his role as an Oyo state delegate in the primary elections.

Clarks, who once triggered mixed reactions on social media with a ‘disrespectful’ birthday message to Chioma Rowland took to his Instagram page to announce a milestone in his political career.

Yesterday I was privileged to be the youngest delegate in the convention of our great Party the PDP, I will like to thank my leader and father H.E @seyi_amakinde for his continuous support,” he wrote.

Davido, however, reposted it on his Instagram story as he rejoiced with Clarks Adeleke.

“Proud of you Cuzzo @clarksadelekd the journey begins! We dey ur back,” he wrote. 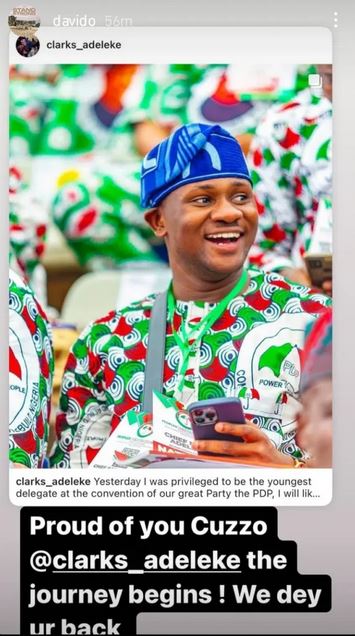