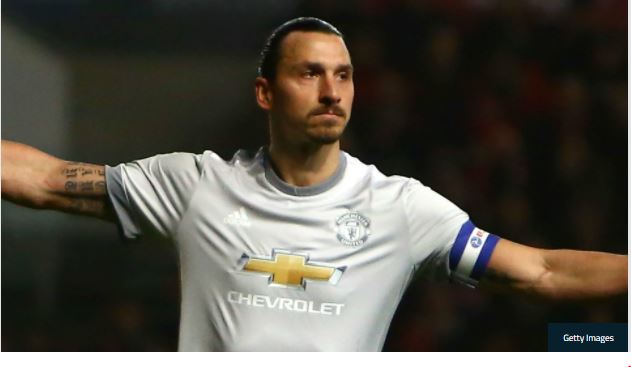 Zlatan Ibrahimovic
Former Paris Saint-Germain midfielder Benjamin Stambouli has lifted the lid on what it is like to be a team-mate to Zlatan Ibrahimovic and has explained that he learned a great deal from the striker.
Stambouli spent a year with Ibra at Parc des Princes before departing for Schalke, where he currently plays, in 2016.
The Swede, meanwhile, enjoyed cult status during a four-year spell in the French capital, becoming their record scorer by netting 156 times in all competitions – a tally only recently overtaken by Edinson Cavani.
Ibrahimovic is known for his larger-than-life personality and Stambouli has spoken about the unique nature of the forward, who has been on the books of Manchester United since the summer of 2016.
“We were at physiotherapy and news was on TV,” the 27-year-old told Goal . “Zlatan asked me to translate it because there was something about him on.
“So I explained that they said that Zlatan is the King of Paris. I thought he would be happy about it, because it’s great that the people love him so much. But he was different. He was very angry and shouted at me: ‘What the f***? I’m not the king, I’m god’. This guy is totally crazy.”
Asked what is special about the forward, he said: “His character, his strength on the pitch and his leadership. He is an incredible person that reads situations faster than everybody else.
“Zlatan is very clever and tests you in every situation, only to analyse you. He loves to play things with you and is able to control some people this way.”
Stambouli also lifted the lid on the incredible competitive spirit of the veteran attacker, who has won league titles with Ajax, Juventus, Inter, Barcelona, AC Milan and PSG.
“Zlatan wants to win every single time,” the Frenchman said. “It doesn’t matter if it’s on the pitch or when we try to throw plastic bottles into the bin. Zlatan would do everything to win.
“When he was at PSG he was the king of Paris and had already won a lot of trophies, but he was still hungry to win. He wants to win every day and wants to win everything you can win.”
The Schalke man, who now primarily plays centre-back, explained that he has learned lessons from Ibrahimovic away from the pitch, too.
“I talked to him about life in general, friendship and life as a professional footballer,” he said. “When you’re a famous footballer you have many false friends. Zlatan explained to me that you should not pay for everything for your friends. It’s not good for them if you buy them expensive clothes or take them to the best clubs. It doesn’t make them happy for long.
“If your friend is worth it, you should use the network you’ve got as a footballer and try to get him a job. It makes people much happier if they earn their own money.”
Ibrahimovic is currently fighting for fitness after a serious knee injury and has made only seven appearances so far this season.
--Advertisements--