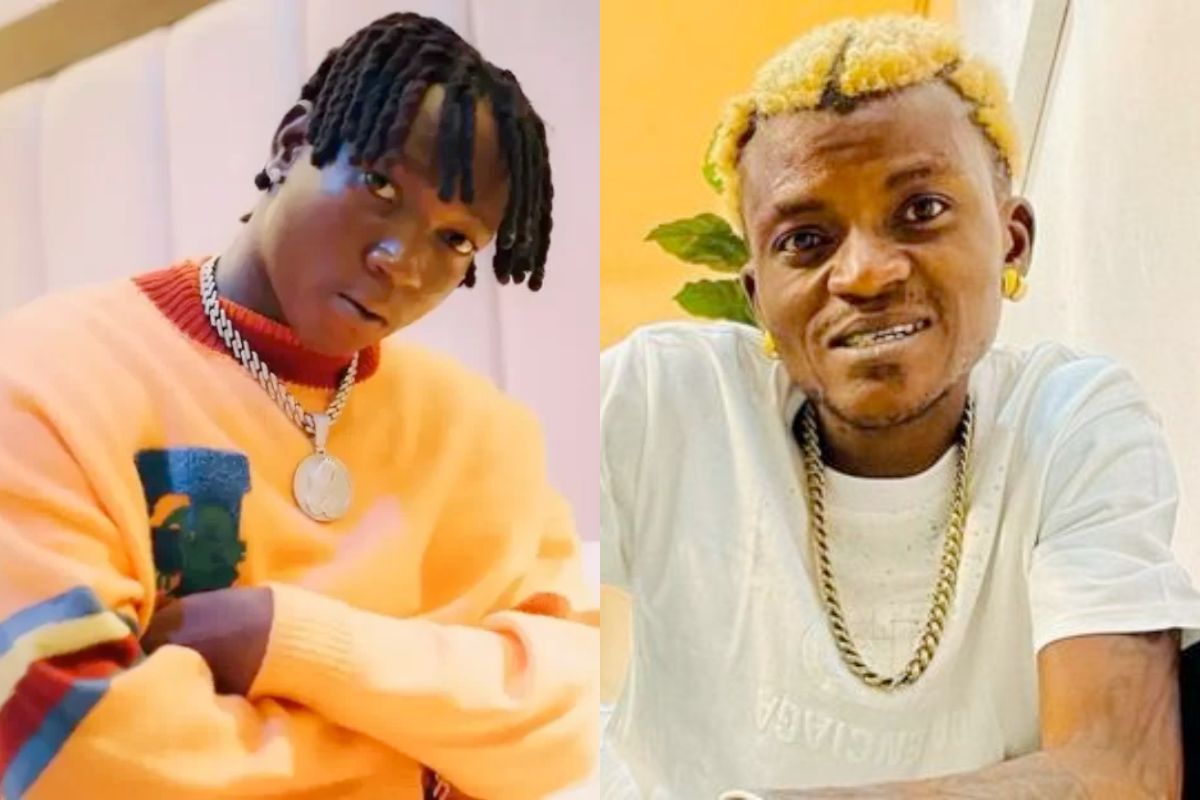 T.I. Blaze, a well-known singer and writer, has stated that he and Portable shouldn’t be likened.

In an effort to find out who of the Canadian Loud crooner and the Zazuu singer Olamide fans would be the most proud of, a social media user polled followers on Twitter.

When he appeared in their songs, the music superstar Olamide helped Blaze and portable gain notoriety.

T.I. Blaze responded on his fan page, saying that music is distinct from generating noise and implying that Portable is only making noise.

“Music is different from noise, I don’t talk anyhow before I see anyhow result… Numbers don’t lie, I’m not comparable,” 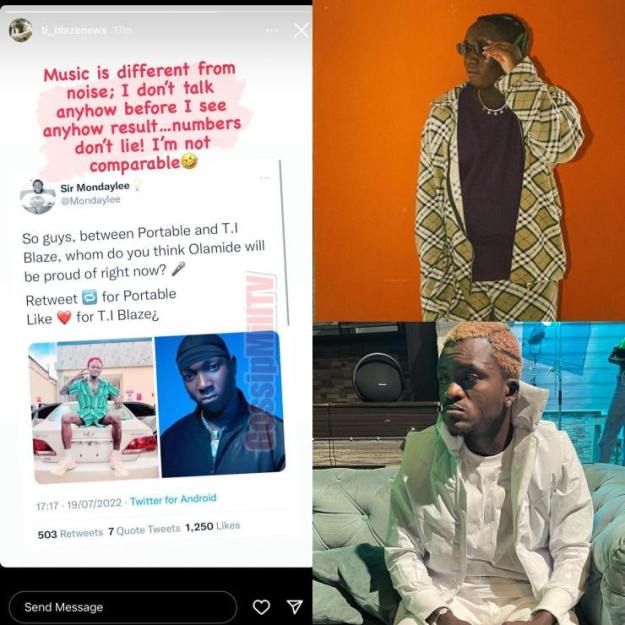