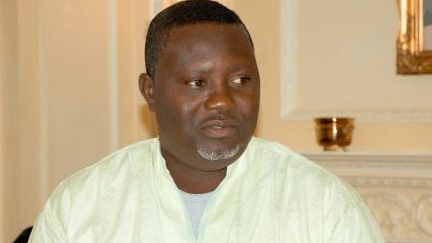 Popular filmmaker, Antar Laniyan, has a strong desire. He wishes to have a film academy where he can grow young talents, but money is hindering him from achieving his dream.

Laniyan told Sunday Scoop that despite all his years in the movie industry, he had no money to build a film academy. He said, “If any rich man approaches me now, I will tell him I want an academy where I can raise new talents.

This is what I know how to do best, but when you don’t have money, your ideas will go to bed. The problem with our industry is that people believe an actor is as rich as the role he plays. That is a fake assumption; we are not rich. But if we have people who can help us, we can do better. The easterners help each other. Once they see that an individual has talent, the rich ones among them are always willing to support him or her. Though we have some selfless southerners too, I have yet to get any help from them.”

Admitting that he notices how his colleagues flaunt wealth on social media, the filmmaker said he does not deceive himself. He said, “If you deceive yourself, it will be hard to get helpers. If you appear to be rich on social media, people will conclude you are rich.”

Laniyan also expressed optimism that the industry would improve in the future. “I know things will get better for actors. Many movies are going to the cinema now and one makes more money there than selling DVD. I know there is a better tomorrow for Nollywood; I see us attaining greater heights,” he stated.

Singer, Rudeboy Reveals What Will Happen If Rich Men Decide To Marry Only Rich Women