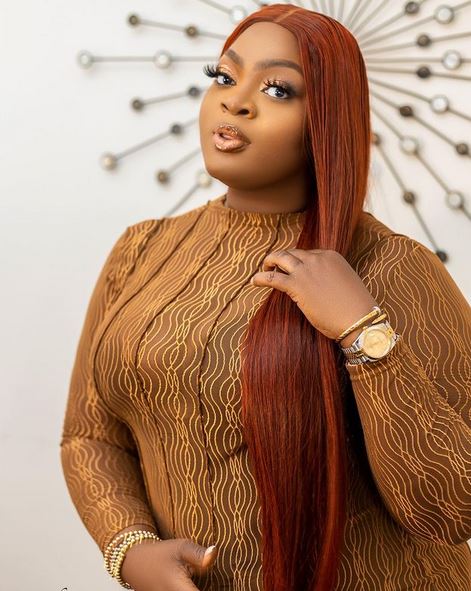 Nollywood actress, Eniola Badmus has stated that she is the hottest and most talked about actress right now following her recent weight loss.

Sharing a lovely photo of herself, Eniola wrote: “Most talked about. Hottest.”

In a recent Instagram post, Eniola had stated that since she began her weight loss, her body, boobs and thighs have changed.

In a video uploaded on the social media platform, the actress said, “Ever since I’ve been losing weight, a whole lot of things have changed from my body to my boobs to my tummy to my thighs.”

Eniola also said the attention she has been getting since her weight loss has become overwhelming.

“The attention I get now is quite overwhelming, feels like I’m a newborn baby. It’s a new life for me and a new journey so walk with me on and be a partaker,” she wrote.

Since her recent weight loss, the actress has been flaunting her new look on social media to the admiration of her colleagues and fans.

I Am Not 44, Cease Adding To My Age – Eniola Badmus Warns