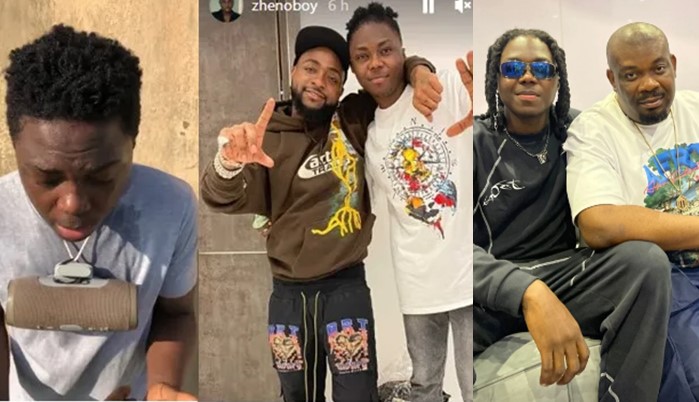 Nigerian singer-songwriter, David Adeleke also known as Davido has reacted to the signing of Bayanni to Mavin Records.

Bayanni is a fan of the DMW boss who went viral months ago after doing a cover of Davido’s Jowo.

The record label founder took to his Twitter account on Tuesday, August 23, 2022 to unveil the singer who is formerly known as Zhenoboy.

Don Jazzy shared a video of the moment Bayanni was undergoing medicals and subsequently welcomed to the Mavins family.

He wrote; ”It’s that time again when we bring to you another young talent from the Mavin Academy. Meet BAYANNI. He has gone through series of defining moments and is ready to be unveiled to the world.

The Don also posted a throwback video of the new signee singing over the beat of Fireboy’s hit song, Peru with the caption; ”Be wetting your appetite before new music drops. #MavinActivated @itsbayanni”

In reaction, OBO declared that he is happy for the opportunity give to Bayanni and he prayed for Jazzy to be blessed.

The music producer then thanked him for the prayer and positive words. He noted that Bayanni will always be like a younger brother to Davido.

It may be recalled that Bayanni met the DMW boss when he was still going by the name, Zhenoboy.