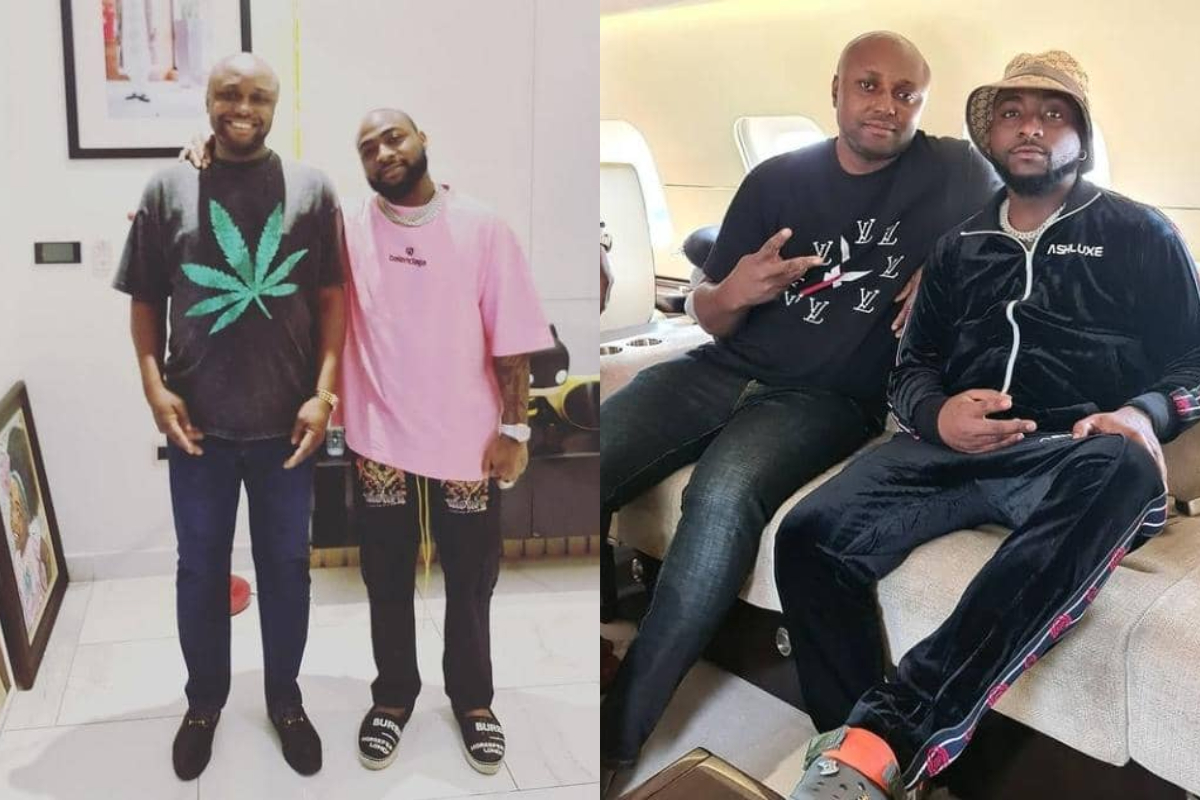 Davido’s Logistics manager Isreal DMW has appreciated him for helping him in securing 2yrs visa for the UK saying in his next life, he will gladly serve him as he’s doing now.

We know Isreal DMW is so loyal to Davido and makes sure never to snitch or sell his loyalty to anyone even though he sometimes says or does things that Davido doesn’t like but he never betrays him in any of those.

With excitement after securing a 2yr visa for the UK, Isreal DMW posted on his InstaStory thanking Davido for influencing that and showing him his loyalty once again by saying in his next life, he’s going to serve him again and that shows how happy he is.

Isreal DMW is expected to marry very soon as plans of his marriage ceremony are going on and we believe Davido played a major role in all that hence his loyalty can never be divided even if you give him money since his oga doesn’t starve him with that. 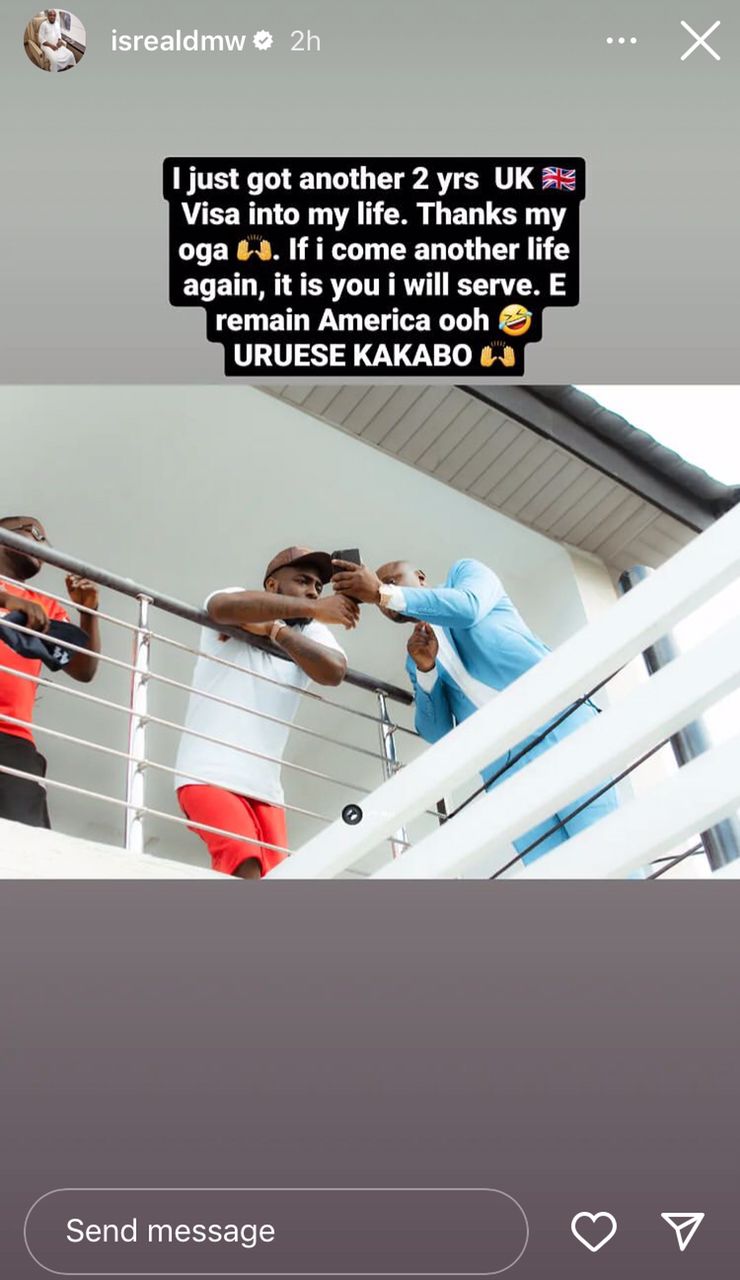