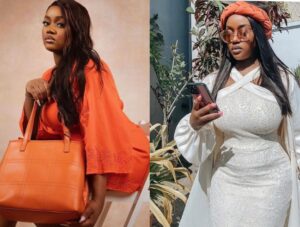 Popular Nigerian celebrity chef, influencer, brand ambassador, and the third baby mama of Nigerian Ace musician Davido Chioma Rowland has an exception to bed being a single lady, says she is okay being single until it starts to rain.

She revealed this on her Instagram story where reposted a meme stating that she is cool with being single until it rains.

Recall that Davido and Chioma’s love story began while they were students at Babcock University, though the relationship was kept private until Davido brought it to light. 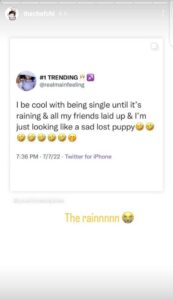