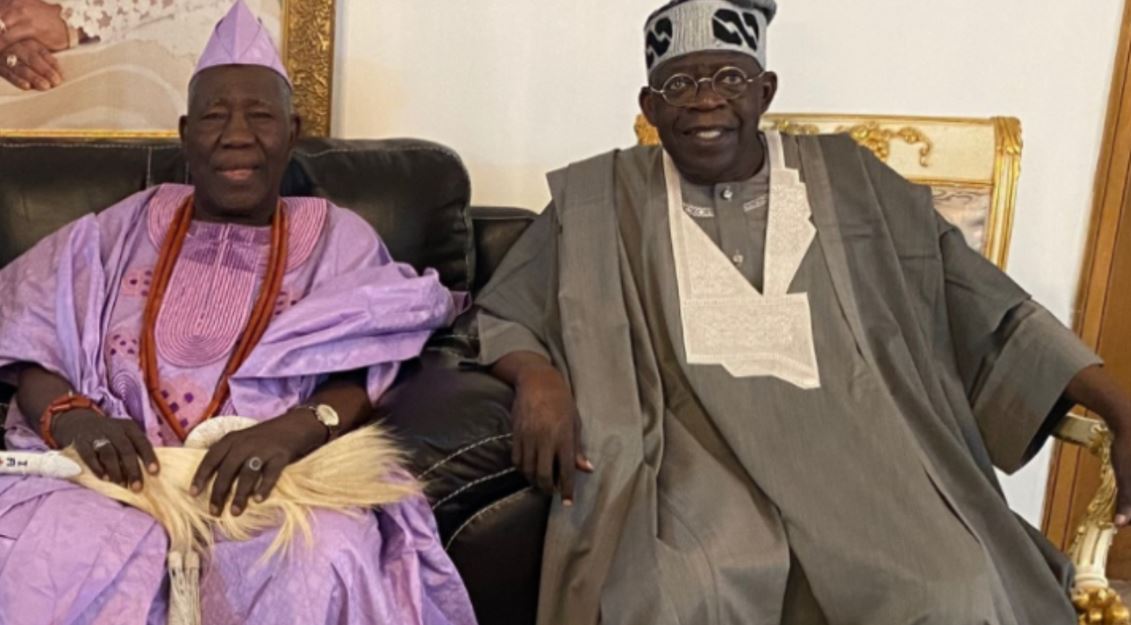 The Olubadan of Ibadanland, Oba Saliu Adetunji, has thrown his weight behind the Presidential ambition of Chief Bola Ahmed Tinubu, the All Progressives Congress (APC) National Leader in 2023.

The Olubadan expressed his support while receiving members of the Tinubu Vanguard, a support group for Tinubu’s presidency project in Ibadan on Saturday.

Olubadan described Tinubu as a good man whose stewardship as president would consolidate on the progressive agenda of the APC and propel Nigeria to the path of economic prosperity and sustainable development.

“Tinubu is a good man and I will do everything within my power to support his candidacy for the 2023 presidential poll,” he said.

The director-general said that representatives of Tinubu Vanguard were at the palace to intimate the Ibadan paramount ruler of their intention to deliver a Tinubu presidency in 2023, and to solicit his royal blessings.

Olubadan of Ibadan Dies At 93