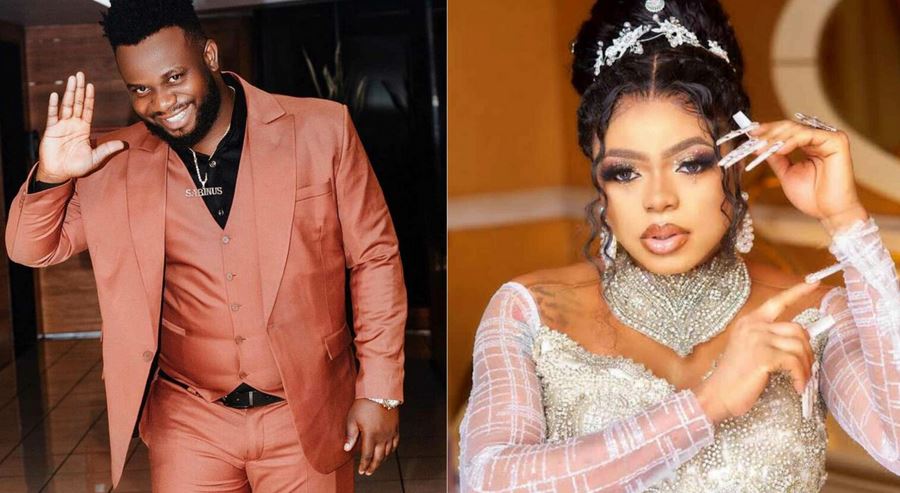 Popular Nigerian crossdresser, Bobrisky has fired back at Instagram skit maker, Sabinus for calling him a ‘senior man’.

Bobrisky who has obstinately refused to be referred to as a man didn’t take it lightly on the jovial comedian who had greeted him as a man.

The ‘Lagos queen’ uploaded a video of her having her meal, with a caption which stated that she doesn’t like problem and would only want to keep enjoying the money her boyfriends give him.

The popular comedian commented saying that his face and shoe shines and the phrase ‘Senior man’ which had annoyed the cross dresser.

Lashing out at Mr Funny, she said it is his dad that is a senior man, adding that she’d arrest him for that. 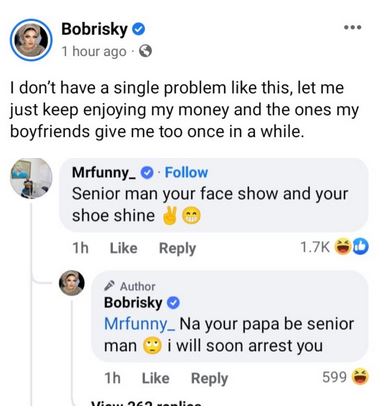