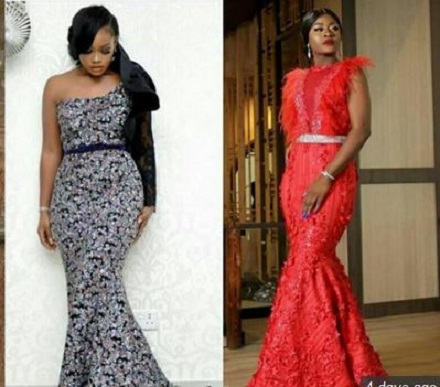 Cee-C (L), Alex (R)
In the last few days, the feud between former Big Brother Nigeria 2018 housemates, Cee-C, Alex and Tobi, has been the talk of the Internet.
--Advertisements--

The feud had started from their days on the reality show. For some reason, Tobi couldn’t have control over Cee-C, who he wanted intimacy with at a time. He then shifted attention to Alex, who also became fond of Tobi.

The feud, however, gathered more momentum when a stranger sent a mail to Cee-C, alleging that she paid people to ridicule Tobi and Alex. The stranger also threatened to teach Cee-C a lesson by pouring acid on her face to give her a scar she would never forget.

Speaking with Sunday Scoop, Alex said she was not surprised when she saw the acid threat on Cee-C’s life.

She said, “I was not surprised when I saw the acid threat on Cee-C’s life because I get lots of such messages every day. I have preached love to anyone who cares to listen to me and that is the highest I can do. For a while now, I’ve been avoiding social media because of the posts and comments I see online.”

On inviting Cee-C for a lunch date as a proof that everything is okay, Alex stated, “We really don’t have the time for that; everyone is very busy. I can only try to reach out the way I can.”

She also said it was normal for people to have their favourites in a reality show and protect them, but they might need to have a rethink on their modus operandi.