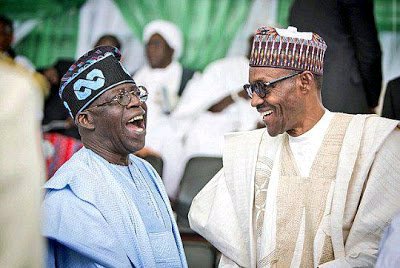 Bola Tinubu has lamented how he has been let down by Muhammadu Buhari after helping him to realise his life-long ambition in 2015, rallying the Yoruba people not to allow the Nigerian president succeed in making him an inconsequential page in history books.

Mr Tinubu, who addressed the audience in Yoruba for the most part of the event, said Mr Buhari was made president on the condition that he will never mess with Yoruba interests.

“I don’t want them to just mention me in history books for nothing,” Mr Tinubu said.

Ahead of the ruling party’s convention on June 6, Mr Tinubu has made headlines for being the least likely to clinch the presidential ticket despite being the most prolific politician amongst the aspirants.

Mr Buhari has insisted on a consensus candidate for the party, a move Mr Tinubu has long opposed. The former Lagos governor has also reportedly learnt that he won’t be Mr Buhari’s favourite, prompting him to embark on an open confrontation ahead of the primary.

Star Video: Countdown to #APCPrimaries
"Without my warchest Buhari would never be President of Nigeria." @officialABAT to Ogun State delegates as he also admonished Ogun State Governor saying he (Tinubu) made Dapo Abiodun Governor of Ogun State and he expected absolute loyalty. pic.twitter.com/CEksnXZ7fk